by Paul Magno and The BTBC 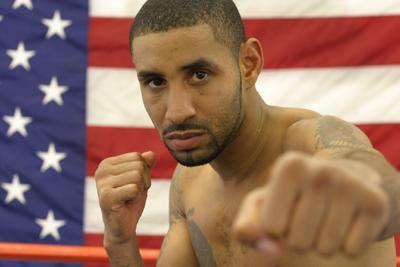 4 years ago Diego Corrales, along with Jose Luis Castillo, gave us the greatest fight of this generation…2 years ago, on the same date, Diego was taken from us.

The reason I love boxing above all other sports is that no other sport is as real, as urgent, as boxing. As hard as the other sports try, in the end they are just games…Boxing is, quite literally, life and death.

A great prize fight shows the world a fighter’s heart- his very soul. There’s no hiding in the world of professional prize fighting- Your true self shines through and is on display for the entire arena, gym or television audience to see. As such, there is also no other sport that can produce heroes the way boxing does.

Courage, honor, dignity…all are routinely on display in the world of Boxing to varying degrees. Everyday men, with all their flaws and faults in tact, are thrust into situations where they can become true heroes, literally throwing their lives and well-being up for grabs for one more minute of one more round.

Diego Corrales was one of those fighters who never stopped coming forward. He never gave up and always wanted to keep marching onward like the soldier whose platoon has been destroyed, but simply cannot abandon the mission.

Against Jose Luis Castillo, on the 7th of May, 2005, Corrales showed us once again that every human being, despite our flaws and frailties- regardless of our state of being and physical condition-  has that spark of heroism that can be summoned when we need it.

On the 7th of May, 2007, on a Las Vegas road, we also once again learned that life, even that of a heroic fighter, is a very fragile thing.

We love “Chico” not because he was a bigger-than-life super hero, but because he was a flawed human being just like us who found a way to do heroic things. In watching his bravery, we hold on to the faith that in our deepest and darkest moments we may also find that fire to overcome any and all obstacles.

We will always remember you, Rest in Peace Champ. 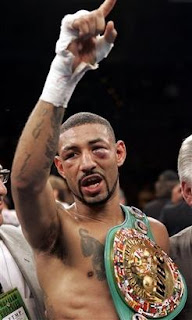 ” True magic usually happens in fairy tales. But the night I saw Chico beat Corrales, I felt blessed to be living on the same planet as such a beautifully powerful human being, who, in the face of certain defeat, drew upon a magical reserve in his spirit, and erupted in passionate, victorious flames. Chico’s win that night, and my memory — which I hope to never lose — of his burning eyes, stands out for me as one of the very few moments in my life where I have witnessed the limitlessness of human spirit.”

“My memory of Diego Corrales has a strong link to the old Boxing Times podcasts. A couple of days after Corrales died, John Gregg did a short special podcast just as a memorium. He didn’t say much, but he talked about Corrales-Castillo for a few minutes. It was typical John Gregg in that it was understated and classy. But that day I was seeing it in a different way than I had in 2005, when I took it more at face value. Obviously it was a little different because of the accident and Corrales’ death, but I was also looking at the sport in a different way, and I understood why that bout meant so much to people who know about and respect and love the sport.

People talking about it being “someone’s time,” but I don’t believe in that. I think Corrales was one of those rare guys that had a shot at growing old gracefully in boxing and contributing to it through his life.”

“Chico was a WARRIOR. He had the heart of a lion! He was one of those fighter who was a true pro. Always in shape and you knew you were getting your moneys worth. You knew he could be knocked down but you knew he would get back up and as we found out on that historic night he got back up and scored the most exciting KO I can remember! He didn’t dodge anyone, he fought all the top guys at 135! He was taken far to soon but everybody in boxing respected Chico and us fans loved him. I know his Family is so proud of him as well they should be!” 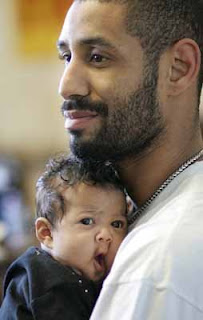 I had the honor of being one of the judges for Diego’s 6th pro fight (in Albuquerque NM) against Cesar Morales. Diego’s Manager – Cameron Dunkin was so excited for me to see his “New Star”. At the Weigh-Ins, Cameron was telling me… “Dan, wait ’til you see this kid – Diego Corrales! He’s nearly 6 feet tall and can BANG!…” Cameron was right, Chico disposed of Morales in 2 rounds! It was great to see him become a boxing legend and fan favorite! He brought lots of pleasure to the lives of so many boxing fans. He’s badly missed as a boxer, and as a person.”

“Diego Corrales… what can you say about a guy that lived for boxing? He was the type of person that true champions are made of. A warrior willing to go to battle with anyone. I believe he was not in the ring just for money but the pride of being one of the best And that he was. Watching one of his fights reminded me of the days of 15 round fights. The type of boxing that really pressed a man to the extreme. Diego gave his all to the sport in true championship style. Thank You Diego you will always be remembered by the true fans of the sport”

“It would be hard for me to say that I’ve seen a better fight then the Corrales vs Castillo war in May of 2005. The guts shown by the two fighters in the bout was unbelievable. In the end Diego Corrales showed how great of a warrior he was by getting up from the canvas and stopping Castillo. The sport will miss you “Chico” dearly. May you rest in peace Champ…” 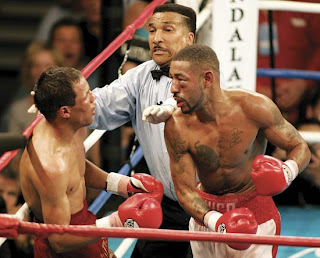 “Diego Corrales was a fantastic fighter to watch for his ability and willingness to go toe-to-toe with his opponent and take as much punishment as he was giving out.

IMO, he was involved in one the greatest rounds of boxing of all time, the 10th round vs. Jose Luis Castillo. There have been very few occasions in boxing history where a fighter on such a grand stage has been knocked down twice and come back to win with such pure ferocity. A joy to behold and one of my favourite fights of all-time.”

“Watching Corrales-Castillo was one of the most exiting experiences of my life as a hardcore boxing fan. I remember I went to a friend’s house to watch it. I remember I told my girlfriend, “Sorry but I cant miss this one. This is the kind of fight people will be talking about for years” because I will always regret having missed Morales-Barrera I and will never go against my guts feeling about a fight again. My friend was rooting for Castillo i was rooting for Corrales and we spent the whole fight going toe to toe with loud cheers every time our fighter took the lead. When Castillo dropped him in that last round it looked like it would be over and my friend was all over the place celebrating. Then it happened. One of the greatest comebacks ever, i could even hear a Rocky movie song inside my head… lol. My friend became a blind Corrales’ fan that night and I had the experience of a lifetime.”

From the entire BTBC, we send our unending respect and sympathies to the Family and Friends of Diego Corrales…Although you don’t know us, you have touched us…Thank You and God Bless.