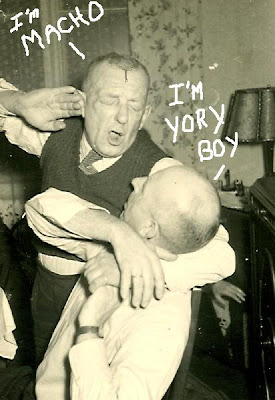 Phew! After the Jersey Commission refused to sanction the bout, we almost didn’t get to see the Macho great grandfather and the 37-year old Boy mix it up on Pay Per View.

But, then, in comes the Florida commission to save the day!

The show, called “Nations Collide 2” will be broadcast on PPV this Saturday from Orlando, Florida and it just may be the first PPV main event where a fighter’s dentures are removed as well as his mouthpiece between rounds.

For those not yet convinced about whether this card is worthy of your hard-earned money- The only undercard bout listed is a female Featherweight contest.

Yes! Where do I order?