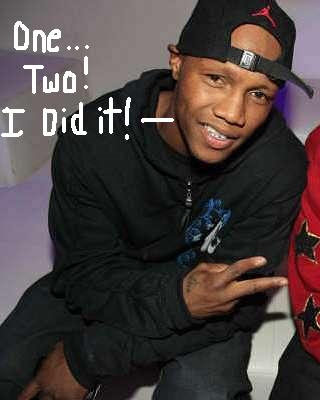 Boxingscene.com is reporting on a rumor that would have Boxing’s answer to the Washington Generals, Zab Judah, on the verge of getting yet another shot at a World Title.

The story has Judah moving back down to Jr. Welterweight to take on top challenger, Randall Bailey for Juan Urango’s soon-to-be-vacant 140 lb. IBF crown despite the fact that Judah hasn’t been active in that weight class since 2003.

If the fight goes down as rumored, it’ll be on the undercard of Floyd Mayweather vs. Juan Manuel Marquez. This would be Judah’s 18th World Title Fight. He’s 0 for his last 4 and hasn’t been on the winning end of a title fight in over 4 years. Go figure…