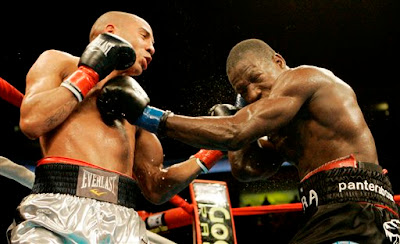 It was a surprisingly easy fight for the Olympian as he managed to hit Miranda at will and was able to duck under or around most of Miranda’s shots. The only difficult spot for Ward was in the very first round when a Miranda headbutt opened up a small cut over his left eye.

Other than a small trickle of blood in the first couple of minutes, it was clear sailing for Ward as he made Miranda look slow and dangerously one-dimensional.

Archuleta was putting on a game performance and may have even won the first 4 minutes of the bout before he was put down by a Molina shot. Archuleta walked back to the neutral corner, seemingly, unhurt and the ref waived the fight off.