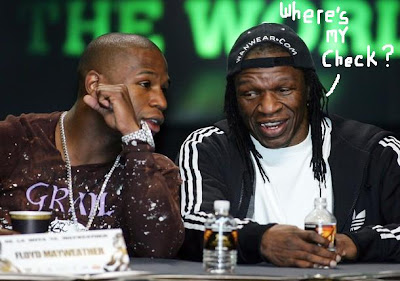 According to the LA Times, Floyd Mayweather Sr. is back in his son’s corner.

“My dad’s been working with me every day since the Hatton fight,” Mayweather Jr. told the LA Times. “We chill out, shoot pool, talk about different fighters.”

Could it be that Daddy Mayweather was just brought in for the HBO 24/7 Mayweather-Marquez series?…Mayweather Sr’s been on HBO more often than Tony Soprano.