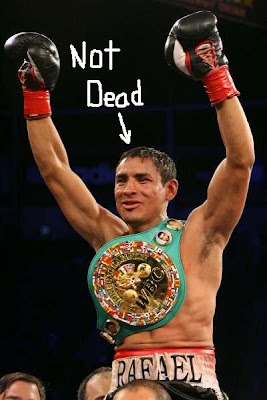 This weekend, former Bantamweight champ, Jhonny Gonzalez, gets his first shot at a title since his surprise loss to Gerry Panalosa back in 2007. He’ll be taking on reigning WBC Super Bantamweight title holder, Toshiaki Nishioka, in Monterrey, Mexico.

If Gonzalez and Marquez both win, you can expect a great showdown between the two later in the year.