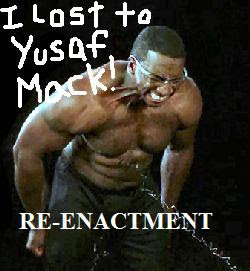 From the Houston Chronicle:

A man who Orange police arrested Tuesday for public intoxication and resisting arrest is Orange native and current Houston-based boxer Chris Henry, according to Maj. Mike Broussard with the Orange Police Department.

Henry, 28, is an Ozen High School graduate who in February was on ESPN2 in a championship light-heavyweight boxing match.

At the time, the 6-foot Henry had knocked out 18 boxers and won 23 times in 24 professional bouts in four years. His lone loss came on a judge’s decision against a Romanian boxer in Romania, according to a February Beaumont Enterprise article.

Henry was arrested about 1:15 a.m. Tuesday in the 3600 block of Kenwood Street after a witnesses called Orange police to report that a man was yelling and walking in circles in the street. Police reported that Henry’s girlfriend, who lives on Kenwood, told them he had smoked PCP.

The police report states that the man “continued to jump around and yell, displaying signs of someone that had been smoking PCP.”

The girlfriend as well as another woman in the area told police they saw the man holding a pistol, but police were unable to recover a weapon at the scene.

“I believed that he was intoxicated to the point that he was a danger to himself and others. Fearing that he may a gun on his person or close to the area, we told the subject to get on the ground, but he would not comply. For officer safety, I deployed my Taser X26 and fired one shot into the front torso of the subject,” Officer Weldon Smith wrote in the report.

The man fell to the ground and continued to resist arrest as the officers put him in handcuffs.

Acadian ambulance was called to the scene to check the man’s vital signs and treat abrasions on his face from his fall to the ground, the report states.

Henry was then booked into the Orange County Jail for Resisting Arrest and Public Intoxication.

Don’t you just hate a guy that can’t handle his PCP?