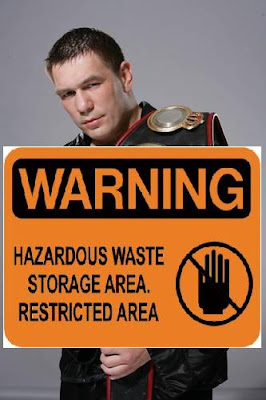 Tomorrow’s bout for the WBA Heavyweight title between Ruslan Chagaev and Nikolai Valuev has officially been cancelled.

Results of the pre-fight blood test for Chagaev came back positive for Hepatitis B, leaving Valuev’s people with the option of taking a vaccination for Hep B or fighting a replacement opponent on 30-hour’s notice. Valuev chose neither and, without a main event, the entire show has been called off.

The bout between Chagaev and Valuev was to finally determine the real WBA Champion since both fighters currently carry around a title belt and call themselves champ.