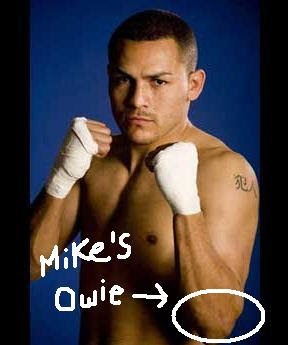 Jr. Welterweight prospect, Mike Alvarado, pulled out of his upcoming bout with Paulie Malignaggi yesterday, citing an elbow injury as the cause.

The bout against former champ Malignaggi would’ve been the biggest fight of Alvarado’s career and a victory probably would’ve propelled him directly into a title shot. This could have meant a big payday for Vegas sports betting entities and fighters alike.

Alvarado (26-0, 18 KOs) was scheduled to fight Malignaggi on June 27 in Atlantic City, N.J., on the televised undercard of a Top Rank pay-per-view show featuring Juan Manuel Lopez and Olivier Lontchi in the main event and Fernando Montiel-Eric Morel as a co-feature.

Malignaggi’s promoter Lou DiBella is hoping to find a suitable replacement for Alvarado so that Paulie can stay on the televised card.