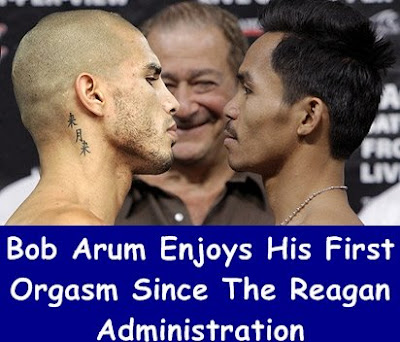 The announcement was made today that the long-rumored bout between Pound-for-Pound #1, Manny Pacquiao, and the Puerto Rican Welterweight King, Miguel Cotto is definitely going to happen.

CEO of Top Rank, Bob Arum, announced that the bout is signed for the MGM Grand in Las Vegas on November 14th and it will be broadcast on HBO PPV.

Although the buzz is that Cotto gained a moral victory by insisting the fight be made at 145 lbs., no details have been released regarding the agreement between both camps.

The official media campaign will kick off Labor Day with a multi-city, multi-country press tour.

Discuss this Topic: Cotto vs. Pacquiao