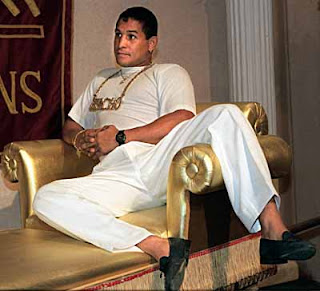 From The St. Petersburg Times:

TAMPA — Former boxing champion Hector “Macho” Camacho was back in jail Friday night — this time in Hills­borough County — charged with violating his probation stemming from a 2007 burglary conviction in Mississippi.

The judge suspended six years of the boxer’s seven-year sentence but said that he could end up serving the entire seven years if he violated any of the conditions at sentencing.