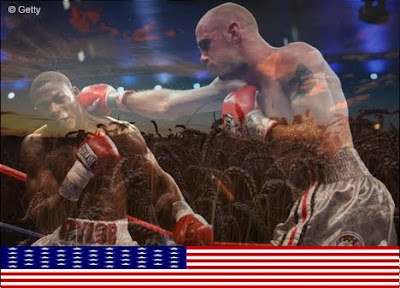 The month got underway in Oklahoma, with Allan Green (29-1) trying to show why he should have been included in the Super Six Tournament. He defeated Tarvis Simms (25-1-1) by unanimous decision in their 10 round bout.

On the 16th Joel “Love Child” Julio (34-3) looks to get back on track by taking on a less challenging opponent in Clarence Taylor(14-22-4). Julio was ESPN.com’s Boxing Prospect of the Year, but has suffered consecutive losses to top 10 opponents.

Brandon Rios (21-0-1) wants 10 more rounds to prove that he is a better fighter than Manuel Perez (14-4-1). Their first fight was just over a year ago and both fighters have been undefeated since. They square off on the 17th in Corpus Christi, Texas.

On the undercard of that fight Raul Martinez (24-1) stays closer to home to face Jonathon Perez (15-6). Martinez last fought Nonito Donaire for the IBF flyweight title.

In the best matchup of the month Al Seeger (28-4) will battle Victor Fonseca (16-0). This will be Seeger’s first fight back since his tragic fight against Benjamin Flores. In that fight, the referee stopped the fight in the eighth round and led Flores to his corner, he collapsed shortly afterward. He was rushed to the hospital but never regained consciousness and died five days later. This fight can be seen live on showtime on October 23rd.

On the last Friday of the month prospects, Tim Coleman (16-1) and Marvin Cordova Jr. (21-1-1)will challenge each other in El Paso, Texas. Coleman has been in camp with De La Hoya, Hatton, Mayweather, Paul Williams, Alfredo Angulo, Zab Judah, and other top contenders. He claims Paul Williams poses the biggest problems for him.