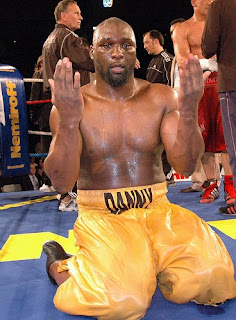 Despite his humiliating points defeat to Carl Baker, the British Boxing Board of Control met today to discuss if heavyweight Danny Williams should keep his belt despite his disappointing defeat in Prizefighter. And in a debatable decision, they decided against stripping him of his British Heavyweight Title.

As a result of this, Williams, 36, will not retire from the sport. His manager Mickey Helliet said “This is such good news. Danny was going to carry on anyway and this news has put a spring in his step. I didn’t think it would be right to strip Danny of the title because he lost a three-round fight. He has been a great ambassador for British boxing and deserved better than that.”

Danny Williams is rumoured to be lining up the winner of Rogan-Sexton. Their rematch will take place on November 6 in Belfast. Famous for his knockout against the shadow of Mike Tyson, Williams needs to desperately up his game if he wants compete with Rogan and Sexton. A third fight with Prizefighter winner and Olympic Gold medallist Audley Harrison has been discussed, but is judged as a step back for both fighters at this current stage in their careers.