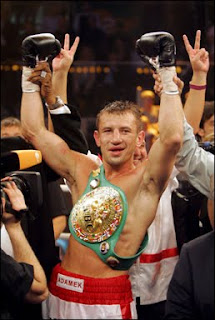 Billed as The Polish Fight of the Century, Poland’s biggest stars will now be fighting for the IBF International Heavyweight crown in a true crossroads bout for both fighters. Golota desperately needs a win to stay somewhat relevant while Adamek has burned his Cruiserweight bridges and must impress at Heavyweight.
This will probably lead to #1 ranked Steve Cunningham taking on #3 ranked Matt Godfrey for the vacant Cruiserweight title at some point in 2010 (The #2 spot is empty).