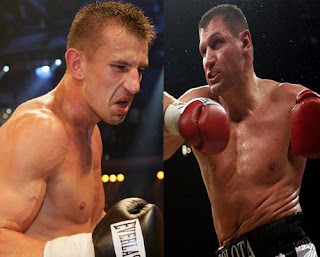 From the very beginning, Adamek’s advantage in hand speed was obvious as he often got off two or three shots while Golota was still reacting to the first.

Golota was dropped with 46 seconds left in the first round and, despite a brief positive run in the third, was never really in the fight.

After stunning and dropping Golota in the middle of the fifth, Adamek applied more pressure and unleashed a barrage of punches that sent his larger opponent stumbling into the ropes. The ref had seen enough and called an end to the contest.
Adamek picks up the IBF International Heavyweight Title and unofficially gets handed the torch of being Poland’s favorite fighter.