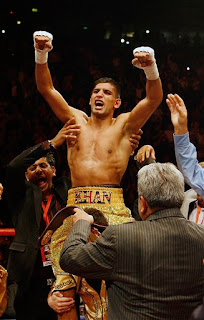 The bout will be at Newcastle Arena on the 5th of December and is Khan’s first defence of the belt that he claimed against another Ukrianian, Andreas Kotelnik in Manchester in July.

“I’ve spotted a lot of things that I can work on to beat him, he’s undefeated, but he’s not faced Amir Khan yet. I know what to do.” Khan told BBC Newcastle ahead of his big fight.

“It’s going to be tough, but that’s boxing for you. You have to fight the best fighters out there and Salita is one of them who wants to fight for my title and win my world title, and I’m not going to let him do that.