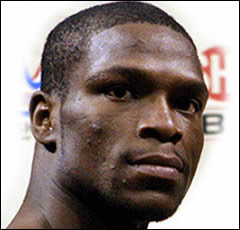 26 year old Molina (17-4-1, 5 KOs) is ranked 14 by the IBF and has notched up 9 straight victories since 2008. Molina has lost to Mike Alvardo by majority decision and remains the only guy that has drawn against Julio Cesar Chavez Jr., before losing their rematch.

Spinks (37-5, 11 KOs) is hoping to use his ring experience against Molina on Saturday. Spinks has been in the ring with many big modern names such as Zab Judah, Ricardo Mayorga and Jermain Taylor.

The fight will not be televised by Showtime who have shown more interest in DaVarryl Williamson vs. Ray Austin and Antonio DeMarco vs. Jose Alfaro as their undercard broadcast.