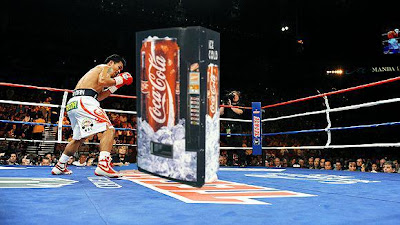 Tribune writer, Dafs, has already broken down this Saturday’s bout between Manny Pacquiao and The Human Vending Machine / Sacrificial Lamb, Joshua Clottey, but let’s dig in beyond the analysis and look at the numbers behind the facts.

So, here’s The Event..By The Numbers:

Number of times Clottey will shake his head in defiance: 2


Synonyms of the word “amazing” to be used by the Top Rank broadcast team: 8


Hot Dogs consumed by Dan Rafael during the show: 8-12


Number of orgasms collectively experienced by the writing crew at The Examiner: 44