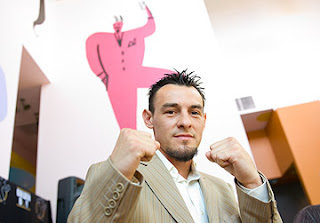 This is great news as Guerrero had to scrap a scheduled fight with Michael Katsidis earlier in the year due to his wife Casey undergoing a bone marrow transplant, and with Guerrero planning a return it must mean Casey’s on the mend. Guerrero vacated his IBF junior lightweight title to spend time and assist his wife in her battle against leukemia.

If Casey is indeed on the road to recovery, Guerrero can again look at big fights that are out there for him, such as Michael Katsidis if he still holds the WBO lightweight title after May 15 when he faces Kevin Mitchell in London. Guerrero has options across three divisions, assuming he can still make 126 without sacrificing ability. ‘The Ghost’ is still the biggest attraction at 130 pounds because of television interest, despite not holding a title and only fighting once at the weight.