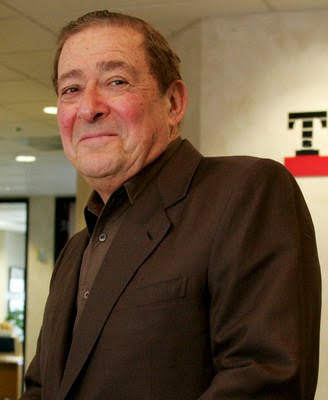 “Yesterday I was lying, but today I’m telling the truth.” — Bob Arum

It’s become an inside joke among boxing fans.

“There goes Arum again…he’s up to his old shenanigans.” This is usually accompanied by a shrug of the shoulders and a knowing smirk.

Bob Arum is definitely another colorful character in a long line of shady boxing personalities, but it’s time we start recognizing the reality behind the campy cliche. Arum is no caricature, no lovable scoundrel and definitely no friend of those who love the sport and care about the fighters who risk their lives in the ring.

He’s been doing the dance for longer than many fans have been alive, but nothing has really changed about the man or the way he chooses to do business.

Arum has engaged in just about every confidence game one can think of in boxing, from the simple bait and switch to flat-out bribery, as was established by the US Department of Justice when he confessed to paying a one hundred thousand dollar bribe to the IBF in 1995 for getting them to approve a George Foremen-Axel Schultz title defense. One of his favorite tricks, though, is what I like to call the “Done Deal” scam.

The “Done Deal” almost exclusively happens in bouts where his guys face the greatest risk; The modus operandi is always similar. Almost as soon as negotiations for the fights are rumored, Arum runs to the press (usually a certain boxing website with the initials “BS” whose editorial process can also be referred to as “BS.”). The “friendly” media outlet jumps on the story and prints the requisite, “Arum says fight is a done deal” story which intimates that everything is hammered out and only the non-Top Rank fighter’s signature is needed to complete the deal.

All of this is news to the other fighter’s management, though, as they were most likely not even aware that negotiations had begun, much less concluded…

The end result is usually a win-win for Arum. If the other fighter’s team balks and walks away or if the negotiations naturally fall apart, it looks as though they were the ones backing down and acting cowardly; Arum’s fighter gets credit for the win while never having to fight. If the fight goes through, Arum has already painted the other guys into a corner and has likely been in control of the negotiations throughout.

The most recent example of this was the proposed Nonito Donaire-Vic Darchinyan rematch, which was really just beginning to touch on some heavy revenue issues when Arum declared the fight a “done deal.” A day or two after the “Done Deal” statement in BS (of course), the fight collapsed over those same hotly-contested matters. The impression left on some casual, lesser-informed fans was that Donaire was already signed on to fight and it was Darchinyan who walked away.

The truth of the matter, though, was that negotiations were still ongoing when Arum, probably sensing a falling apart of the proposed bout, went to the press (in breach of professional protocol) with his statement. As a matter of fact, sources say that Darchinyan’s signature was the only one on the contract and that the fight fell apart before Donaire could even have a chance to sign.

There were also the cases of Shane Mosley vs. Top Rank’s Antonio Margarito and Paul Williams vs. Arum-backed Kelly Pavlik where Arum had gone to the press early and often with the same stories of deals being reached when nothing could’ve been further from the truth. In the case of Mosley-Margarito, talks were re-established and the fight got made. The Williams-Pavlik fight, however, fell apart completely, a few times. The goal was to paint Williams as the one backing down, but Pavlik had taken so many missteps by then that few really blamed Williams for the failure to make the fight. Still, Arum took the microphone after Pavlik’s annihilation of Miguel Espino and tried to back-door the “Done Deal” scam by re-writing history.

And then there’s Arum’s hate campaign against Floyd Mayweather, which may be Arum’s most complete piece of work to date.

Arum somehow convinced a lot of the media and too many fans that Mayweather was running scared from Top Rank’s Antonio Margarito and passing up on an 8 million dollar payday when the fact of the matter was that such a fight was impossible; Mayweather had just left Top Rank, was suing Arum and had the option to fight the lineal welterweight champ, Carlos Baldomir, for the same amount of money under his own promotional banner.

The Mayweather-Margarito dust-up was especially well-played by Arum. He had Mayweather tried, convicted and executed for something that never could’ve happened and a fight which Arum never even began to try and negotiate.

Then, of course, Arum and Floyd would cross paths later when a Pacquiao-Mayweather bout was being proposed. As usual, Arum was announcing a “done deal” just as the drug testing issue started to heat up. The intent was to make it look as though Team Mayweather suddenly brought up the issue after both sides had already agreed to fight. In reality, PEDs testing was on the table almost from the very beginning. The fact that Arum is keeping quiet about re-opened negotiations between Pacquiao and Mayweather is a good sign, but be wary of any “done deal” announcement from Arum that isn’t accompanied by a similar announcement from Team Mayweather.

I don’t necessarily blame the fighters for what their promoter has done in their name. Most are just trying to get the most of their short time in the sport and there are few promoters out there who will more viciously defend their fighters than Arum (Unless your name is Miguel Cotto and you’re being fed to Manny Pacquiao, but that’s a topic for another article.) Many fighters are probably unaware that anything shady is going on in their name. But, the fact of the matter is that every grease-ball move to advance one fighter is taking money from the pockets of someone actually doing it the right way.

And every shady “Done Deal” from Arum represents a fight being taken from the fans. It’s an unprofessional, cynical attempt to “take his ball and go home” at the expense of everyone involved, from the fighters to the fans to the venues and cities that could benefit from the fight. It’s Bob Arum putting himself and his ego ahead of everyone.

Boxing will never undergo a much-needed house cleaning as long as guys like Arum are in the driver’s seat and, unfortunately, there are too many people, from fans right on down to media, who are more than willing to leave the driving to Arum.