Fighter of the Month– Joseph Agbeko 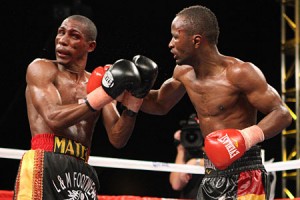 A serious case could be made for Bernard Hopkins in this category after his bout with Jean Pascal in Quebec and nobody would laugh at Amir Khan as Fighter of the Month, either. However, The Boxing Tribune likes the underdog.

While Hopkins and Khan have been getting their fair share of publicity, Joseph Agbeko’s masterful performance against Yonnhy Perez in the semi-finals of Showtime’s bantamweight tournament deserves a spotlight and a large round of applause.

Ghana’s “King Kong” Agbeko put on a boxing clinic that nobody saw coming and he made a very accomplished Perez look quite ordinary at times. Showing smart lateral movement and using educated angles, Agbeko beat Perez to the punch and kept the then-reigning IBF bantamweight champ from mounting any sort of sustained offensive pressure.

In one night’s work, “King Kong” won a world title, re-established his importance in the 118 lb. class, and avenged the highest profile loss on his resume.

Next up is Abner Mares in the tourney finals and then, possibly, the winner of Montiel-Donaire down the road.

Bum of the Month: Frank Warren 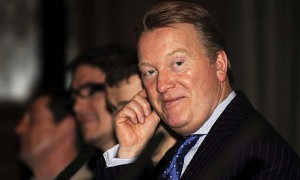 Warren went from hero to goat in the span of three months.

In September he gave fans one of the most stacked PPV shows in the history of the medium with a “Magnificent Seven” show featuring seven of his top fighters in legitimately competitive bouts.

In December, we got “The UK vs. The World,” which featured many of those same stars, but this time in poorly-booked, dull mismatches.

The show was supposed to come as part of a PPV package featuring Amir Khan vs. Marcos Maidana and the cancelled Wladimir Klitschko-Dereck Chisora bout, but that does not excuse the absolutely pathetic matchmaking and the uninspired performances from Warren’s own stable.

A big Boxing Tribune thumbs down to Warren for building up our hopes and then raiding the soup kitchens of Europe for his fighters’ opposition.

The BTBC Thread of the Month–

A proposed mini-tournament in the light heavyweight division sparks a fight between Mod and Admin….random comments and mini-wars from the other members…and way too much free publicity for Eastern European 175 pounders…Come Join The BTBC, boxing’s first and only 100% Troll-Free forum. Rub elbows with The Boxing Tribune writing staff as well as an awesome group of hardcore fight fans.