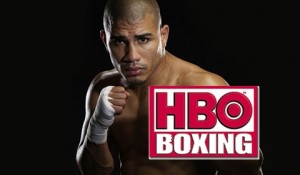 Aside from Manny Pacquiao and Floyd Mayweather, no other active fighter has been as much of a cash cow for HBO as Miguel Cotto. For seven years, Cotto has been a staple on HBO, delivering the network some of its biggest numbers and turning in several of its most memorable performances. The fact that Cotto’s next fight , March 12th against Ricardo Mayorga, will be on Showtime PPV, only serves as a testament to the network’s mismanagement of its boxing division.

Cotto’s promoter, Bob Arum, has come to expect an easy road when it comes to negotiations between his fighter and HBO and he has every right to assume that the network would, at the very least, meet the three-division Puerto Rican champ halfway.

Few high profile fighters have been as consistently easy to deal with and even fewer these days can actually produce a respectable rating. So, it turned more than a few heads when HBO refused to give an inch when Arum’s March 12th date for Cotto came into conflict with the network’s promise of the same date to Sergio Martinez and his promoter, Lou Dibella.

Argentina’s Martinez became the consensus winner of most 2010 Fighter of the Year honors with a blood and guts win over Kelly Pavlik to win the undisputed middleweight crown and, then, a shocking second-round KO of Paul Williams in his first defense.With his entertaining style and movie star good looks it’s easy to see why HBO would be courting Martinez and giving him the first class treatment.

Oddly, though, they would play hard ball with Martinez, rejecting Andy Lee and Sebatian Zbik as opponents while essentially pushing WBO jr. middleweight champ, the Ukraine’s Serhiy Dzinziruk into the middleweight title shot.

And that made HBO’s hard-line stance with Cotto and Arum even more baffling.

According to Arum, his offer of Cotto-Vanes Martirosyan for $1.5 million was turned down before Martinez even had an opponent for the date in question. If the network wanted to tell Cotto to get lost, this was certainly the right way to do it.

Not only did HBO bite one of the hands that feed them, they did it for what some consider to be pretty much a throwaway bout for Martinez.

While Dzinziruk is a quality fighter, he’s virtually unknown in the US, even among hardcore fans, and has a tactical, southpaw style not likely to produce anything resembling fireworks.

Martinez won’t get much mileage from a Dzinziruk win and, realistically, at 35-years of age, HBO can’t afford any throwaways if they plan on building him into a legitimate crossover star as bankable as, well, Miguel Cotto.

Meanwhile, over at Showtime, televised boxing’s perennial step-child is suddenly back in the PPV business after more than five years of nothingness.

Arum does some of his best work when playing the martyr and, as expected, he’s built a very solid show for the 12th. Aside from the Cotto-Mayorga main event, fans will get a WBA super welterweight bout between champion Yuri Foreman and Pawel Wolak, an IBF lightweight title fight between two young, hungry fighters in Miguel Vazquez and Leonardo Zappavigna, and the return of women’s champ, Christy Martin, who recently made headlines when she was shot and stabbed by her estranged husband.

If Arum is seriously jilted, HBO could not have made a more dangerous enemy. Top Rank’s stable of fighters, including names like Pacquiao, Cotto, Antonio Margarito, Kelly Pavlik, and Yuriorkis Gamboa, could push Showtime to #1 in the boxing biz, similar to what happened in the early 90’s when Don King took Mike Tyson and Julio Cesar Chavez over to the rival premium channel.

Arum has certainly expressed his dislike for the apparent favoritism shown to Golden Boy in acquiring prime dates and preferential financial deals, so a break from his HBO base wouldn’t be too much of a stretch after a couple of tense years already.

So, the stage is now set for a March 12th duel.

Cotto brings a fiercely loyal Puerto Rican contingent into each and every contest and Ricardo Mayorga, while long from being a viable opponent at this stage of his career, knows how to make headlines and stir controversy. This head to head HBO vs. Showtime PPV match-up could, conceivably, be one of those rare occurrences where the pay fight gets a larger audience than the one on “free” premium cable.

HBO boxing, run by guys who don’t know boxing, don’t understand the fans, and, seemingly, don’t even like the sport all that much, has made many missteps in recent years, but their greatest one could be underestimating the wrath of an Arum scorned.