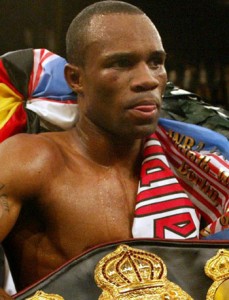 The weathered 32-year-old Harris, who is still a solid offensive fighter, has had his punch resistance called into question, having been knocked out in three of his last four contests while suffering two knockdowns in the fight he did manage to win. In his last bout, he was knocked down a total of four times in a three-round annihilation at the hands of Victor Ortiz.

Vargas, a Las Vegas native, has yet to fight above the club-level, beating journeyman Cristian Favela (28-32-7, 18 KOs) via eight-round unanimous decision in his last contest.