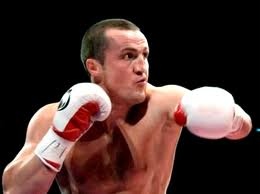 Moscow, Russia – Roy Jones Jr. (54-8, 40 KO) surpassed expectations against cruiserweight title contender Denis Lebedev (22-1, 17 KO) on Saturday, but merely surpassing expectations was not enough. Fighting in front of a pro-Lebedev crowd and with the odds stacked against him, Jones showed he would not fall as easily as most predicted.

Lebedev fought tentatively over the early rounds, giving up the 1st round to a confident Jones. Over the next few rounds, both men fought tentatively. Jones moved around the ring, using his reach advantage and feinting. On occasion he would throw out a jab, while Lebedev followed and worked primarily behind a jab-straight left combination.

At the end of 4, Lebedev led 39-37 on The Boxing Tribune’s scorecard, and Jones was showing signs of fatigue. Jones was momentarily staggered by a Lebedev left hand, but survived until the end of the round. Jones managed to stun Lebedev at the end of the 9th with a counter right hook-left hook combination before the bell.

The end came at the 2:59 mark of the 10th and final round. After a right hand lead rocked Lebedev and sent him back into the ropes, Lebedev landed a right hook that had Jones out on his feet. Referee Steve Smoger hesitated to step in, and Lebedev hit Jones with a right uppercut, followed by a short left hook, sending the former pound-for-pound champion crashing face-first to the canvas.

While Lebedev celebrated and gave his post-fight interview, ringside physicians examined Jones. When Jones finally made it to his feet, he was given a standing ovation from the crowd in Moscow, making for a fitting send off.

Despite a 4th brutal knockout loss and losing his last 3, Jones hinted at a comeback in his post-fight interview. “I don’t give up easily. I still might come back,” he proclaimed before laughing and thanking the crowd.