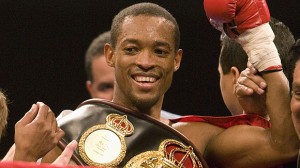 Saturday’s featherweight title bout between Jonathan Victor Barros (32-1-1, 18 KO) and Celestino Caballero (34-3, 23 KO) has been re-scheduled for July 2, according to several reports. Volcanic ash from an erupting volcano in Chile forced flight delays as Caballero and his team traveled from Panama to Argentina.

Caballero, 34, held the WBA super bantamweight title for over 3 years, dating back to 2006, and added the IBF title to his collection in 2008. After moving up to featherweight and scoring a unanimous decision victory over Daud Yordan in 2009, Caballero made an ill-fated move to super featherweight, losing to Jason Litzau. Caballero has stated that he will retire if he cannot beat Barros.