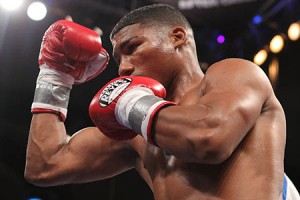 Gamboa, who holds the distinction of losing both WBA and IBF featherweight titles without losing a bout, has become one of the sport’s most talked-about talentsm scoring some impressive victories in recent months. Over the last eighteen months, Gamboa has beaten Rogers Mtagwa (TKO 2), Jonathan Victor Barros (UD 12), Orlando Salido (UD 12), and Jorge Solis (TKO 4). Both world titles were lost via sanctioning body board room decision.