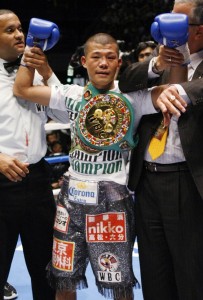 Manakane lost four of the first five fights in his career, with two coming against more experienced competition. The trend of losing to experienced competition would continue throughout the rest of his career, when in his thirteenth professional fight he was knocked out by Hussein Hussein in Australia. Since losing three straight in 2009, Manakane has won seven in a row against novice competitors whose records combined were 37-13-1.