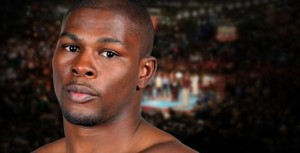 Taylor, who is fighting for the second time since a 26-month retirement from the sport, decisioned Bernard Hopkins twice in 2005 to become the undisputed world middleweight champ. The Little Rock, Arkansas native would defend the title three times before being stopped in seven rounds by Kelly Pavlik.

In April of 2009, Taylor, ahead on the scorecards, would be stopped in the twelfth and final round by defending WBC champ, Carl Froch. Then, six months later, Taylor would suffer another twelfth round stoppage, this time falling to Arthur Abraham in the opening bout of Showtime’s Super Six World Boxing Classic tournament. The brutal knockout would lead to a retirement of more than two years before the former world titlist made the decision to return to the middleweight division and resume his career.

Last December, Taylor stopped journeyman, Jessie Nicklow in the eighth round of a scheduled ten round contest.

Truax has an impressive won-loss record, but most of it has been accomplished on the less-than-stellar Minnesota club circuit. The 28-year-old’s biggest victories have come against regional talent such as Andy Kolle and Phil Williams as well as faded pros, Antwun Echols and Jonathan Reid. Truax also boasts a 2009 decision victory over Kerry Hope, the Welsh fighter who recently upset Poland’s Grzegorz Proksa.

The Osseo, Minnesota native represents a step up in class from Taylor’s last opponent, Nicklow, but has only been tested at the regional level.