One thing I notice whenever I pull up fighters’ records in the course of doing my FNF reporting for this here media outlet is just how many “hey, I recognize that name” moments I have with guys you don’t see on television much if at all. Harrison Cuello, Chris Gray, Lenin Arroyo…there are a bunch of dudes out there with a lot of fights against prospects and eventual name opponents who can be used in a sort of Six Degrees of Kevin Bacon game to connect fighters who would otherwise never see each other in combat. 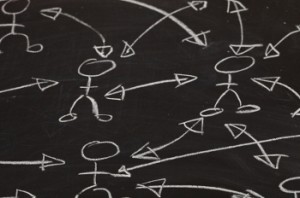 Likewise, you can use guys who have been around forever and/or hung around way too long, especially at heavyweight, to trace surprisingly short lineages all the way back to the distant past. In the words of Bill Nye the Science Guy, “consider the following.”

Evander Holyfield fought James “Quick” Tillis, who fought Earnie Shavers, who fought Jerry Quarry, who fought Floyd Patterson, who fought Joey Maxim, who fought Red Burman, who once had a fight way back in 1934 that was refereed by Jack Dempsey. With six intermediate steps, a line has been traced from a currently active fighter all the way back to a champion who made his pro debut as a fighter a hundred years ago.

If your sole goal is to trace time in the fewest possible steps, the separation degrees of someone like Hector “Macho” Camacho make things even more fun. Camacho fought Jose Luis Ramirez, who fought Ruben Olivares, who fought Godfrey Stevens, who fought a guy named Oscar Diaz, and now you’ve used four guys to trace a fighter active in 2010 to one who made his pro debut in 1954 (and interestingly did not fight an opponent who had beaten another professional in his career until his 20th pro fight, in case you think today’s prospects are brought up too soft. The fight, against 7-0-3 Luis Angel Jimenez, went to a draw over the ten-round distance; Diaz would not record his first win over a fighter with a winning record until his 44th fight in 1959, at which point he raised his career mark to 39-1-4 with 30 knockouts!

Six Degrees isn’t just about historical obscurities, however. If you look down the lists of guys who are often seen on FNF or Shobox or the undercards of Floyd Mayweather PPVs, you get an awful lot of overlap. Does the recent bout sheet for Mike Arnaoutis look familiar? Delvin Rodriguez, Tim Coleman, Harrison Cuello, Lanardo Tyner…Tyner fought Antwone Smith, Jessie Vargas, Kenny Abril (who himself fought Arnaoutis), and Vargas fought Josesito Lopez, who fought Mike Dallas Jr., who fought Mauricio Herrera, who fought Ruslan Provodnikov, all within the space of just over a year?

Mind you, there are only so many boxers to go around, and only so many who can make entertaining fights. But much as the computer told Dr. Beverly Crusher in the Star Trek: The Next Generation episode Remember Me that “the universe is a spheroid region seven hundred and five meters in diameter” (and that universe got smaller and smaller as the episode went on), it can’t be good for boxing to have the same people fighting each other with the same frequency of common opponent as the NHL pre-1966 when it only had six teams. You can only have Bruins-Red Wings so many times before you’re like “not this again, did ESPN2 go into reruns?”

Ideally we bring enough good talent through the ranks and have enough cross-communication between promoters (even if it means sharing the journeymen if they absolutely refuse to match their stars against each other for anything short of big world title unification bouts) so that we get a regular, steady supply of interesting, compelling boxing matches for fans and fighters alike to enjoy. But what does this look like, a well-run sport? Stop talking crazy talk.

Fox Doucette covers Friday Night Fights for The Boxing Tribune. His weekly column, The Southpaw, appears on Thursdays. He thinks the only reruns in boxing matchmaking should be of the Ward-Gatti or Robinson-LaMotta variety. Fan mail, hate mail, and better historical Six Figures traces can be sent to beatcap@gmail.com.