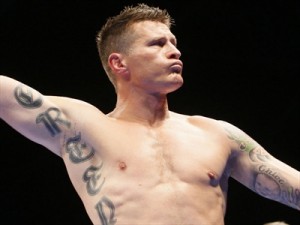 Santiago has been on the shelf since last July, when he was stopped by Beibut Shumenov in nine rounds in Las Vegas. The 39-year old Santiago had been in and out of boxing since 2008 following back-to-back stoppage losses to Zsolt Erdei and Antonio Tarver. Throughout his career, the majority of Santiago’s wins have come at the club level, and he has fallen short when faced with top-level competition.

Green, who ran off a string of ten victories dating back to 2006, considered retirement after his loss to Krzystof Wlodarczyk last November. But with the cruiserweight titles scattered across Europe, Green could potentially see himself back in the discussion of another title shot with a win on Wednesday night. Green still has name value and can pack an arena in the friendly confines on his native Australia, and as Antonio Tarver and Wlodarczyk demonstrated last year, they were willing to come to Australia to make a fight with Green happen.