In the period of a week Floyd Mayweather and his associate have revolutionized boxing and reinvigorated it by aggressively pursuing talent.  Though they have signed some very good fighters the best is yet to come. 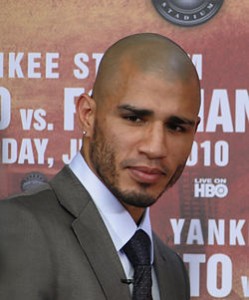 Though the signing of Gamboa and Dirrell is newsworthy it is safe to expect more announcements to be made in the coming weeks that will eclipse even Mayweather’s release.

If Cotto does indeed join The Money Team it would be huge, as Cotto is one of the top draws in the business.  Considering that Cotto is looking at a possible match with the young and dangerous Saul Alavarez later this year, signing him would lead to the co-promotion of a major card within the next year.