Unlike a lot of people who start writing about boxing, I was not a boxing trivia nerd having impure thoughts over crusty, old Ring Magazines and black and white newsreels of Jack Dempsey.

I was a kid, working in the gyms. My appreciation for the sport came from watching the guys come in, day after day, and bust their asses to learn the art of prizefighting.

There’s nothing glamorous about the blood, sweat, and tears 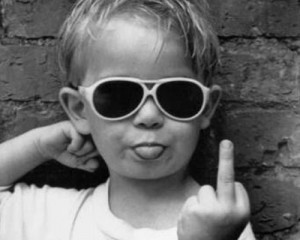 needed to become a real fighter. It’s all very blue collar shit. If you’ve never punched a time card or suffered through the haunting emptiness of want, you can never really understand boxing. It’s all just punching and testosterone to you.

Back in the day, I read all the boxing stuff, saw it all, but none of it really mattered to me. A bunch of pudgy, middle-aged men waxing poetic over the life and death exploits of real men is about as interesting and as relevant as a year-old newspaper restaurant review.

So, I never grew up with this admiration (or even recognition) of specific boxing writers. To this day, I tend to skip over the self-important, big shot wordsmiths as well as the wannabe big shot wordsmiths. Frankly, I’ve yet to come across one of these characters who was an interesting enough human being to warrant such self-importance.  I also disregard the  glad-handing glory whores and those who feel the pathological need to be part of every story.  Ideally, I go for straight news reports, although that is by no means a guarantee of getting actual truth, either.

The en masse worthlessness of the boxing print media has become even clearer to me while learning the ropes in the business and realizing who really calls the shots in the industry.

Thirty, forty years ago, the media was in the back pockets of the promoters, managers, publicists, and assorted power brokers. Today, even as the internet provides us with unlimited chances at independence and autonomy, this is still very much the case.

Worst of all, the frat boy/secret society mentality is alive and well among boxing scribes. The overwhelming need to be part of something, to be somebody, to get the virtual high-five from like-minded people– it drives, informs the news making, news gathering process. It’s not enough to tell the story, but you have to be part of it. And not in an interesting, Gonzo-style manner, either. It’s all preening and ego gratification. Grown men jockeying for position next to sweaty hunk-men. Pressed black slacks and tight-fitting t-shirt, playing God with the fates of real men. Truly vomitus.

There are few dissenting voices among the boxing media. Other than some very superficial differences here and there, the words are all similar, the ideas are interchangeable. Those who pushed so hard to be heard, don’t really care about what they say. They just want to be there. They want to be somebody. They need a hug.

Of course, this is not to say that everything is compromised or that there aren’t some writers out there doing the right thing and doing it well. The point is that there are just too few original voices out there and far too little critical thought. And what little quality that does see the light of day is usually buried deep under the pandering nonsense coming straight from the hollow heads of a legion of snarky, self-important yes-men with laminated press passes.

As for me, I don’t give a flying fuck about any of my peers or what they think of me. Never did. I write for the fans and for those who share my respect for the sport of boxing. I do have friends who are also writers, but we’re friends because of a shared mindset and philosophy. I’ll never be the guy hanging out at the bar, playing footsy with other writers, hoping for some female fan to recognize me as some sort of quasi-semi-big shot. I’m not the star. The fighters are the stars. The boxing writers I respect understand that.

So, what’s the point of this long-winded New Year’s Rant?

Expect more of the same from The Boxing Tribune in 2013. Expect angry voices when necessary. Expect a few bombs thrown here and there. Expect us to cross the line every so often. Most of all, though, expect honesty. At the end of the day, that’s all I can really promise.

You can email Paul at paulmagno@theboxingtribune.com and congratulate him as he commemorates his 13th year tucked away in the hills of Central Mexico.  Paul is a full member of the Burger King Kids’ Club, a born iconoclast, and an ordained minister in the Universal Life Church.