Junior Middleweight contender Delvin Rodriguez has been on the losing end of some controversial decisions over the course of his career. The last one came in 2010 against Ashley Theophane. Teddy Atlas said the scorecards were the result of “bad judging” and Rodriguez abruptly left the ring immediately after the decision was read. But in his last six fights he’s rebounded nicely, going 4-1-1 with two wins coming by way of knockout. On October 5th The 33 year old Dominican fighter faces his toughest test to date as he takes on Puerto Rican icon Miguel Cotto at the Amway center in Orlando, Florida. 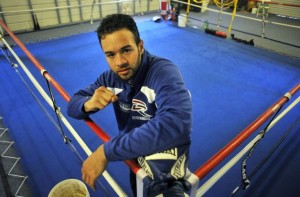