As always, the holidays bring a lull in the fight game, little action over the last few weeks brings little to write about, but this is a perfect opportunity to catch up. 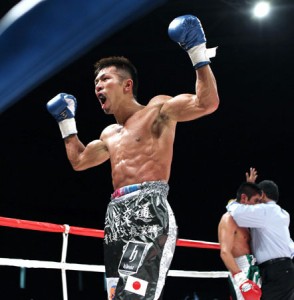 In Osaka, Kazuto Ioka (14-0, 9 KO’s) dealt Felix Alvarado (18-1, 15 KO’s) his first loss, taking a 12 round decision and retaining the WBA lightweight title. It was Ioka’s third defense; he has also held the WBA and WBC minimum-weight titles.

Exit Silva…Enter Diaz?
It’s old news by now but just to touch base on this, the proposed boxing match between former multi-division world champion Roy Jones Jr. (57-8, 40 KO’s) and former MMA middleweight champion Anderson Silva is off indefinitely. The bout hinged on Silva winning his rematch with Chris Weidman on December 28th, but Silva not only lost the bout, but suffered a severe leg fracture that will have him out of action for at least nine months, if not permanently, leaving the soon to be 45 year old Jones in search of an opponent. Word around the camp fire though, is that Nick Diaz is willing to take on the former pound for pound great. Diaz had talked of matching up with Jones years ago when talk of a Jones-Silva bout first materialized but now with Silva unavailable, it seems that Jones may be open to facing Diaz. Diaz is 1-0 in professional boxing matches, having fought in 2005 as a super middleweight.

Fury-ous Tweets
Speaking of Roy Jones Jr., he’s one of four fighters called out by Irish heavyweight Tyson Fury recently via Twitter. Fury retired (also via Twitter) a few weeks ago, but it looks like he’s changed his mind. On December 28th, Fury tweeted “Hear is how I want 2014 to go 2 warm up fights then @dellboychisora. Then @bigdaddybrowne1 the @BronzeBomber then @RealRoyJonesJr !!!!!” Seems odd that a top heavyweight contender would look to challenge a 45 year old non-heavyweight, but he’s on the list. Jones responded “And Tyson Fury, you’re a big dude and a good fighter, but u know me…… money right, good night.”

Women’s Boxing
The last world title action for the females took place prior to Christmas. On December 20th in Argentina, Debora Dionicius (15-0, 4 KO’s) retained the IBF super flyweight title via 10 round decision over Guadalupe Martinez (6-5, 3 KO’s). It was the fourth title defense for Dionicus. Also in Argentina, on a different card, Maria Maderna (11-8-3) successfully defended the WBO lightweight title for the first time, taking a 10 round decision over Diana Ayala (15-11-4, 10 KO’s).