The former Olympian, former multi-division champion Vic “The Raging Bull” Darchinyan (39-7-1, 28 KOs) might finally be at the end of his long and exciting professional career. Fighting on the undercard of the Top Rank show that took place early this morning from the Venetian Resort in Macau, China, the aging Armenian was stopped in his tracks in round five as referee Raul Ciaz Jr. Waved off the action. 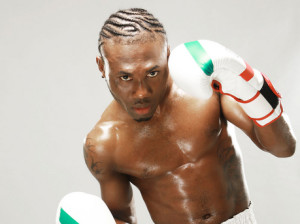 After tasting the canvas via a hard uppercut in the second frame from the Jamaican born Nicholas “The Axman” Walters (24-0, 20 KOs), Darchinyan bounced up and recovered well, however was subsequently dropped by two more times en route to a devastating TKO stoppage mid-way through the fifth round. The accumulation of punishment from the rangy, Panamanian-trained Walters proved to be too much for the “Raging Bull” to overcome.

With the victory, Walters held on to his WBA world featherweight title.