With Boxing Tribune Editor-in-Chief Paul Magno on temporary hiatus, Tim Harrison steps in to pilot the SS Monday Rant in his stead. So without further ado…

More modern definitions of media will tell you that the media’s intent is to sell you something. Be it a product or service, or perhaps an ideology. Media in sports falls more into the sales of products and services. Just about any network in the business of broadcasting a sport has a vested interest in increasing the interest and marketability of the sports, and athletes it shows. Boxing is no different. From the networks, down to the websites owned and/or subsidized by Manager/Promoter/Network money, and even further down to the smaller websites hoping to one day be subsidized by the very same money. 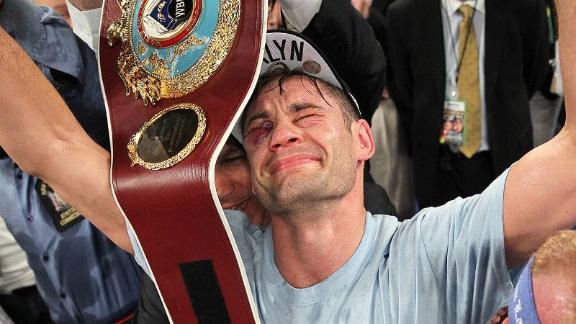 Last week’s Ruslan Provodnikov-Chris Algieri fight is an example of media selling a product. Chris Algieri, the next Great White Hope, is the product being aggressively sold. Coming into the fight, Provodnikov was the heavily favored killer, “The Siberian Rocky” who captured the hearts and minds of fight fans in a 2013 campaign that included a loss to Timothy Bradley and a mauling of Mike Alvarado. Algieri was the well-educated, clean-cut overachiever out of his depth, up against long odds and a few thudding Provodnikov right hands away from being sent back to the minor leagues.

HBO’s broadcast team went with the hard sell after the first round, which saw Algieri twice downed but able to survive and go into retreat-and-survive mode early in the second round. And while we saw Algieri frantically retreat while flicking out harmless arm punches at a plodding Ruslan Provodnikov, Jim Lampley and crew painted a picture of the gritty underdog, putting on a brilliant and inspiring display of boxing brilliance against the world. The marketable  Algieri was heavily praised and given credit for what guys like Guillermo Rigondeaux and Bernard Hopkins have perfected, but are lauded for doing so, yet he wasn’t really doing it.

Algieri’s greatest victory was using his natural height and reach advantages and athletic gifts to stay conscious long enough to hear the final bell. To the surprise of what should be many, two of the three ringside judges’ scores came in in his favor.

Post-fight we saw plenty of excuses for the scores in Algieri’s favor, little mention of the possibility of a skewed perception of those two judges, and absolutely no mention of a particular snippet of public knowledge highlighted by Boxing Tribune Editor-in-Chief Paul Magno; that Top Rank (the promoter of Provodnikov-Algieri) would no longer have options on Provodnikov after Saturday night’s fight, and Bob Arum’s desire to try to make a Pacquiao-Algieri fight this fall (this statement was made prior to Algieri’s win).

Take from that what you will.

The apologist’s point of view will tell you the scoring in Provodnikov-Algieri is a classic example of scoring “what you like” (so says ESPN’s Dan Rafael). The picture painted of Chris Algieri was one of a valiant warrior overcoming adversity and triumphing over the relentless Siberian beast, Ruslan Provodnikov. To his credit, Rafael does point to the harmless arm punches of Algieri, but goes back to the “what you like” excuse in the same sentence.

Other tales, such as the tale woven by Max Boxing’s Gabriel Montoya, noted the adrenaline pumping through Algieri as he moved side to side with “a look of grim determination on his face”.

Former ESPN Columnist and Editor at TheSweetScience.com (TSS) Michael Woods wrote a shoddy fight recap, in which any mention of a scoring controversy, as well as a scorecard representing TSS, are absent. A few days later Woods penned an article titled, “Hey Top Rank, You Making Pacquiao-Algieri?” in which he calls Algieri’s showing against Provodnikov “Glowing”. RingTV’s Lem Satterfield joined in on the drum circle, with his Monday “Lem’s Latest” column entitled “Algieri-Provodnikov II or Pacquiao-Algieri?”

As highlighted by Paul Magno last week, the plan was in place before Saturday night and the boot-licking media are already drumming up interest for a fall showdown. Many (including yours truly) were mistaken in believing Top Rank had remaining options on Provodnikov and that a potential fall showdown with Manny Pacquiao was in the works in the event Team Pacquiao was unable to get Juan Manuel Marquez in the ring for a fifth fight. The media’s willingness to go along with selling a potential Pacquiao-Algieri fight highlights exactly how boxing fans are told what to want and exactly why they should want it. And most are going right along with it.