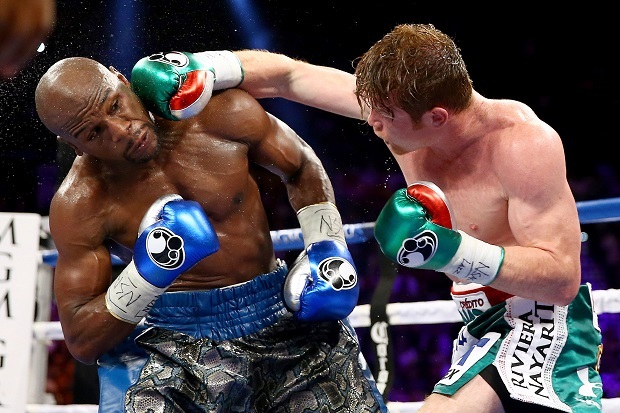 In 2013 there was no richer fight to be made. “The One” would shatter records in Las Vegas and would become the fight capital’s new all-time largest live gate. Floyd Mayweather would earn an astronomical $41.5 million and the fight would generate more than $150 million in pay-per-view revenue with over 2.2 million buys. Clearly, Floyd Mayweather’s decision to face Mexico’s hottest commodity was equally as much of a business move as it was a power play.

Mayweather would be ascending to junior middleweight (a 152 pound catchweight was in effect) for the third time in his career in a fight that many thought that he either wouldn’t take, or one that he would simply be out-gunned in. The much larger and younger champion, Saul “Canelo” Alvarez, outweighed Floyd Mayweather by as much as 15 pounds on fight night and despite having an impressive undefeated record himself, was 13 years Mayweather’s junior.

In spite of having several substantial disadvantages in the bout, “Money” Mayweather’s superior experience, movement and accuracy quickly separated him from the Mexican idol as the fight progressed. Alvarez’s advances were largely met with sharp counters and potshots from Mayweather and consequently, one of the more memorable connects Saul Alvarez landed strayed very low.