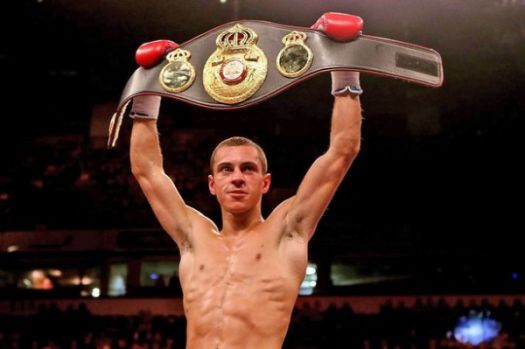 9/13 – Anthony Crolla (28-4-1, 11 KO’s) vs. Gamaliel Diaz (38-11-2, 17 KO’s) – Manchester Arena, Manchester, Lancashire, United Kingdom
Crolla is defending his WBO Inter-Continental lightweight title and is unbeaten in his last six bouts. Diaz is a former WBC world super featherweight champion, and was on a 14 fight winning streak before back to back knockout loses last year set him back. In May he won a 12 round decision over 2-6 Eduardo Canales.

9/13 – Scott Quigg (28-0, 21 KO’s) vs. Stephane Jamoye (26-5, 16 KO’s) – Manchester Arena, Manchester, Lancashire, United Kingdom
WBA super bantamweight champion Quigg makes the third defense of the title and is looking for a match up with IBF champion Carl Frampton. His last seven wins have come by stoppage with a pair of draws among them. Jamoye has held the EBU, EBU-EU and WBC Youth bantamweight titles as well as the WBC Youth Intercontinental super flyweight belt. Earlier this year he was stopped in a WBC world title bout by champion Shinsuke Yamanaka.

9/13 – Humberto Soto (64-8-2, 35 KO’s) vs. John Molina (27-4, 22 KO’s) – MGM Grand, Las Vegas, Nevada, USA
On the undercard of this weekends “Mayhem” pay per view, Soto and Molina clash in a bout to be shown on the networks “free” preview lead in program. Soto is the current WBC International Silver light welterweight title holder (title not on the line), a former WBF welterweight champion, and had a long reign as the WBC’s super-featherweight and lightweight champion. He comes in on a six fight winning streak. Molina comes off an 11th round KO loss to Lucas Matthysse in a fight of the year candidate. In his one world title opportunity, he was stopped in the first round by Antonio DeMarco.
To read a full preview of the “Mayhem” event, check out Fox Doucette’s: The Only Preview You Need

9/16 – Kazuto Ioka (14-1, 9 KO’s) vs. Pablo Carrillo (15-2-1, 8 KO’s) – Korakuen Hall, Tokyo, Japan
Ioka has held world titles in the minimum-weight and light flyweight divisions. In a jump to flyweight earlier this year he was outpointed by IBF champion Amnat Ruenroeng, losing by split decision. Carillo’s two losses came to Luis Concepcion in 2012, easily the best opponent on his record.

9/16 – Ryo Miyazaki (20-1-3, 11 KO’s) vs. Ichal Tobida (10-12, 8 KO’s) – Korakuen Hall, Tokyo, Japan
Former WBA minimum-weight champ Miyazaki moved back up to the light flyweight division in December and was stopped in three rounds by Fahlan Sakkreerin. He looks to get back in the win column against Tobida, who comes off a KO loss to Sonny Boy Jaro.