After a spectacular, but failed attempt to take the WBC super bantamweight title from Israel Vazquez in 2006, Gonzalez returned to bantamweight to defend his WBO title against the heavy-handed Colombian banger, Pacheco, the following year in what would be the challenger’s last bout before retiring.

Gonzalez proved that the Vazquez TKO had not ruined his career trajectory and that he was immediately ready for bigger and better things despite the momentary setback.

Unfortunately, a TKO loss to Gerry Penalosa in his next bout threatened to stop the 26-year-old’s forward momentum for good. Gonzalez would push through the hard times, though, to eventually regain his main stage status. 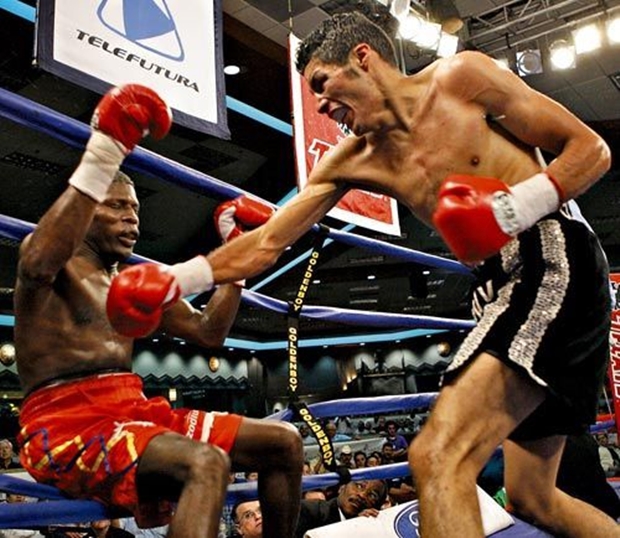 Prev2 of 6Next
Use your ← → (arrow) keys to browse
Administrator