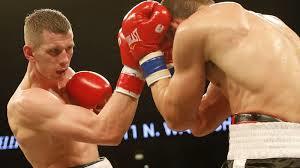 Showtime continues to fill its fourth quarter calendar with Al Haymon-managed fighters in less-than scintillating matchups. Light heavyweight Andrzej Fonfara (25-3, 15 KOs) returns to his hometown of Chicago, Illinois on Saturday, November 1 to take on Doudou Ngumbu (33-5, 12 KO) in his first fight since losing to WBC light heavyweight champion Adonis Stevenson in May. Fonfara has fought in or near Chicago in all but three of his professional fights, and continues to be a star attraction in the Second City.

Ngumbu was born in The Congo, but now lives and fights out of France. Like Fonfara, Ngumbu enjoys fighting in the cozy confines of his adopted home nation, and has fought in France in 31 of his 38 professional bouts.