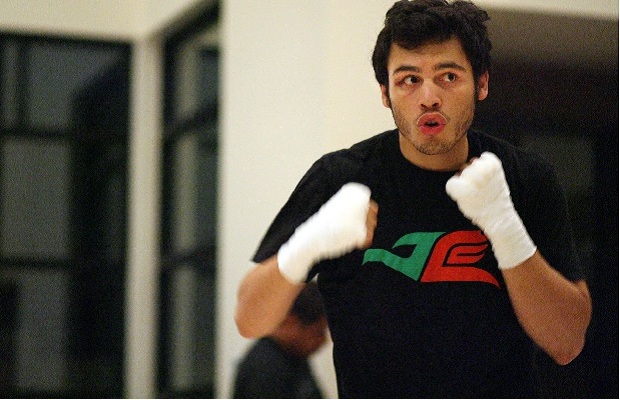 Volumes have been written about Julio Cesar Chavez Jr. and the personality and motivational issues that keep him from becoming a true superstar in the sport. From his infamous battles with weight to two suspensions for banned substances, Chavez Jr. has been the key factor in sabotaging his own professional well-being.

Now, however, what threatens to keep the second generation former world titlist from going on with his career is a simple, perhaps intentional, misunderstanding of his contract with Top Rank Promotions.

“I have been told that my contract has already ended, [it ended] the last day of September. We will see what comes,” Chavez recently told ESPN Deportes.

According to the 28-year-old, offers are awaiting him that include Carl Froch, the winner of Golovkin-Rubio, Canelo Alvarez at 162 lbs., and even Floyd Mayweather at 158 lbs.

This roll call of potential big money bouts introduces the idea that Chavez may have an interested outsider whispering in his ear, offering him the moon and the stars in exchange for unfettered access to the reigns of his career.

Whatever the case, Top Rank vehemently disagrees with Chavez’s take on their contractual arrangement.

Top Rank attorney, Daniel Petrocelli, insists that Chavez is under contract until April of 2016 and actually owe the company one more fight.

“He is under contract with Top Rank,” Petrocelli insists. “We filed a lawsuit against him two months ago in a Nevada Federal court, asking that he be kept under contract until at least April 2016…Chavez has his lawyer, obviously they do not agree with this, but that will be decided by a court.”

A few months ago, it was reported that advisor Al Haymon was close to reaching a deal with the Mexican star and there could still be some sort of arrangement out there, pending the fighter’s full separation from Haymon arch-nemesis, Bob Arum. Chavez, despite the tarnished reputation, is still one of the biggest draws in North America, firmly behind only Mayweather and Pacquiao, but competitive in terms of drawing power with Canelo Alvarez and Miguel Cotto.

For the time being, though, expect Chavez to sit on the sidelines and, like Andre Ward, lose some of the prime days of his career while in pursuit of career autonomy. It’s hard to say whether the end result will justify the sacrifice, but boxing history tells us that such legal games of chicken rarely benefit the fighter in the long run.