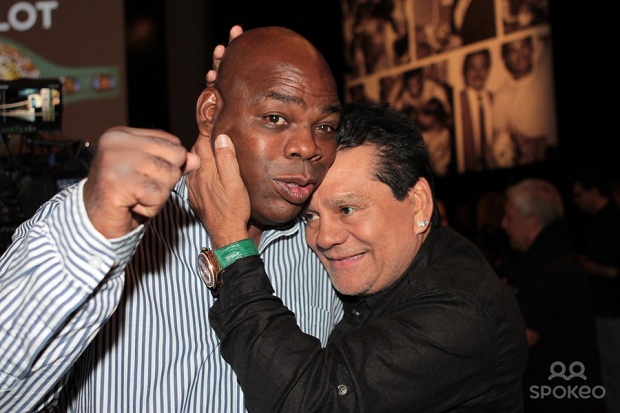 Former three-division world champ Iran Barkley is resting and said to be “doing fair” at New York’s Lincoln Medical Center after suffering a seizure and a minor stroke Wednesday.

“He’s good, he’s talking, he still looks like Iran…He can walk around and everything. He’s going to be here for a couple of days but he’s doing well. He’s alert.”

The former world titlist was found by his girlfriend Wednesday, collapsed on the floor of his Bronx apartment.

Barkley, who had captured world titles at middleweight, super middleweight, and light heavyweight over the course of his career, has several notable wins over high-end talent, but receives his greatest acclaim for two victories against Tommy Hearns.

The fighter made headlines a few years back when it was discovered that he was homeless and sleeping on a NY subway car.

However, Barkley, with the aid of benefactors, was able to get off the streets and find a place of his own. The former champ had even begun talking about a return to boxing in some capacity.