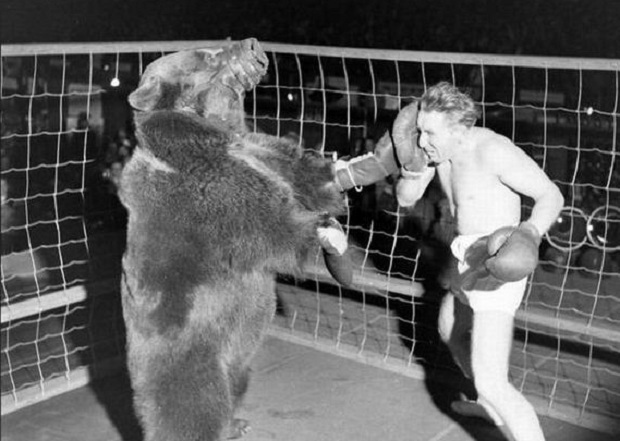 This week is as good as any to tie up some loose ends and take a look at a few things that wouldn’t normally require the full thousand word Rant treatment. So, in no particular order:

Why am I higher on Sergey Kovalev than on media darling Gennady Golovkin? Just look at Saturday night’s fight for that answer.

Kovalev got pushed much more than expected by Jean Pascal and had to regroup, reassess, and revise his ring strategy mid-fight. He showed that same flexibility and professional discipline against Bernard Hopkins.

Golovkin has never had to face a fighter who wasn’t matched perfectly for him. He’s never had to adapt or even consider a plan B.

I like Golovkin– maybe not as much as the angry-fapping fanboys in the media, but I really do– but if you were to give him an honest letter grade, it would have to be an “I” for incomplete. He simply has not fought a high enough level of opposition. And, unlike Kovalev, who was fighting opponents of varying styles and demeanor when bottom-feeding on lesser opposition, Golovkin has not faced anyone other than flat-footed, come forward battlers. That’s going to change a bit against his next opponent, Willie Monroe Jr., because Monroe can move his legs, but he’s still fighting someone who will be deeply overmatched.

Yeah, yeah…everyone’s scared of Golovkin. Low-ball HBO purses and perfect timing for his middleweight ascension have nothing to do with his apparent invulnerability– everyone’s just scared of him. Okay. But the “why” shouldn’t matter. The fact is that he has simply not fought the level or type of opposition that goes hand in hand with the type of absolute idol-worship he enjoys.

Kovalev, on the other hand, has looked more vulnerable because he is fighting opposition that can challenge him.

Mayweather-Pacquiao is almost here and the media whining has already begun. As fight night approaches, expect more sad tweets about not getting credentials, not having access to the MGM Grand, and generally being left out of the big boys club for the biggest boxing event of all-time.

And you should be mad, too, they will say. Ticket prices are through the roof and no “regular” fans will be able to actually go to the fight.

What sane, rational person thought that Mayweather-Pacquiao tickets at the MGM Grand wouldn’t be sold at a mega-premium price? And even if they did hold their fight at a huge venue like Dallas Cowboys’ Stadium, the “regular” folks still wouldn’t get within sniffing distance of ringside. They’d likely be asked to pay upwards of 200 bucks for nosebleed seats where Floyd and Manny would look like two raisins rattling around in a shoe box.

Also expect a mega-shitty undercard for the mega-bout because of all the money it took to actually sign this fight.

As the kids say: Mayweather-Pacquiao “is what it is.”

How much do you want to bet that if the screwy scoring for Saturday’s Cunningham-Glazkov fight had happened on a PBC Al Haymon card, the media would’ve been screaming to high hell over corruption and that shady Haymon being “back to his old tricks?”

Arum and De la Hoya would probably have been raked over the coals as well.

But because this was a Main Events card and the Duva gals give copious amounts of ego-stroking interviews to the blogger crew, there was only mild disagreement, at worst.

One hand washes the other, I guess…

…and speaking of media dipshits…

People ask me why I don’t go after the Trans Fatty Acid Rankings Committee (TBRB) anymore and, well, the answer is simple. By going after them, I was giving them way more attention than they deserved for the impact they have had.

Nobody (outside of their own little group and small band of sycophants) takes this group seriously. Most just see it for what it is– a power grab for the select few “chairs” and a hobby fantasy group for bloggers who want to chat boxing after hours.

It’s amazing that a group consisting of so many “historians” is still blind to the fact that several identical endeavors have failed miserably in the past for the very same reasons this effort will fail.

Two years later, the TBRB is what it was at its inception– A three-man vanity project rankings panel with zero relevance and a goal to create (not preserve) title lineages based on their own arbitrary criteria. And they do all of this while doggedly defending their decision to keep their entire process under a veil of secrecy.

So, yeah, when every attempt to learn about their real inner process results in a terse and insulting “You don’t need to know this…Trust us, we’re all nice guys” response, why waste another word on trying to determine their level of trustworthiness? Let them keep posting their self-written press releases honoring themselves for being awesome. Nobody really cares.

I was going to do a whole article on ways to improve the NBC Premier Boxing Champions telecasts, but life got in the way and I had to attend to other things. It wouldn’t make sense to post now, so far after the actual event, but this was the most urgent need, IMO:

Having a pair of 70-something broadcasters in Al Michaels and Marv Albert preside over the debut episode of what aspires to be a fresh, new look at boxing only made sense if there was some sort of Walking Dead tie-in behind the decision.

Albert on play-by-play seemed especially decrepit and one got the feeling that he was either incredibly disinterested in much of what was happening or incredibly unprepared for a return to boxing. No matter what the case, he was generally awful and, if anything, hurt the product by trying to oversell what wasn’t there while failing to cover what was.

Opinions are mixed when it comes to HBO’s Max Kellerman, but the guy was made for a gig like PBC on NBC. He’s loud, energetic, knowledgeable, and right in the age range the show is hoping to attract. And as long as we’re talking dream broadcasting team, what about Paulie Malignaggi on color? Maybe reach out into the entertainment world to find a smart boxing person who can serve as host over Al Michaels (and, please, for the sake of everything righteous and good, don’t let it be Mario “Saved by the Bell” Lopez).

With all the big fights coming up in the next few months, it’s hard to keep up with some of the smaller ones. But don’t sleep on Alfonso Gomez vs. Yoshihiro Kamegai March 20 as a dark horse candidate for Fight of the Year.