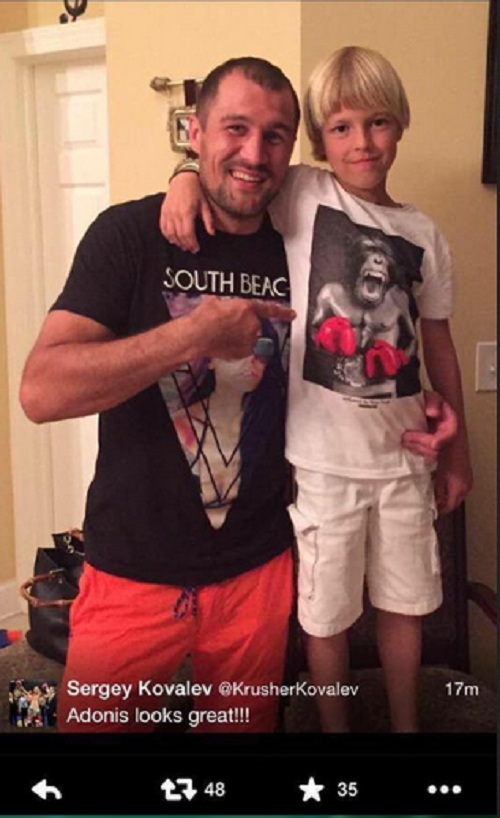 Amid the hubbub of Saturday night’s fight action, displaying the very best the sport has to offer, light heavyweight champion Sergey Kovalev showed a bit of the very worst side of human nature.

Issued via Twitter pic, Kovalev stands smiling and pointing to a child wearing a T-shirt depicting a fighter with a monkey face photoshopped over his head.

This is not the first time that Kovalev and his camp have been accused of racist behavior, but this surely takes the cake in both tone and in terms of sheer stupidity.

Adonis Stevenson, also through social media, responded to the offensive tweet with this: “This evening, I saw a racist tweet posted by Sergey Kovalev. I want all my fans to know that to me…boxing is about respect and hard work. There’s no room for prejudice or racism. If you’re going to fight me, hit me above the belt.”

Kovalev’s offending tweet and image have since been removed.