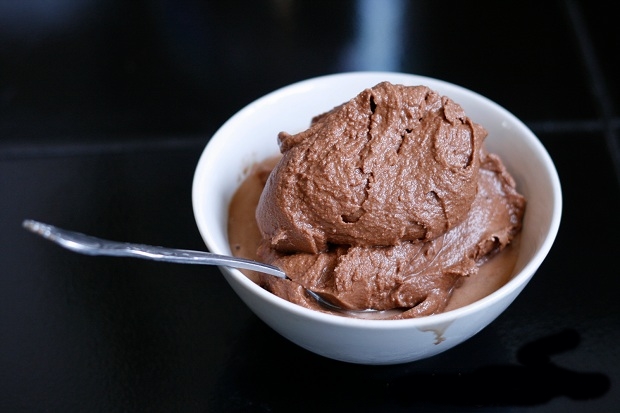 In an industry where the two pay grades are “nothing” and “next to nothing,” strange currencies come into play. The main one is the almighty PRESS PASS.

Get one of those shiny suckers around your neck and you enter into the imaginary club of “insiders.”

Walk inside the arena– FREE OF CHARGE– and take your seat on press row. You have been given direct access to the fights as a teller of news, a relayer of information…You have arrived.

You can tell yourself, finally: “I am somebody!”

Well, look around you “Mr. Somebody,” look at the other knuckleheads with the same laminated pass hanging around their neck. Half probably have no plans to file a report at all and are only writers in the sense that they occasionally scribble down their thoughts on some anonymous WordPress blog. And most of the others on press row are dimwitted hacks who managed to finagle a low-paying gig on a “real” site because they were willing to work cheap (or free) and can actually string sentences together above a third grade level.

It’s very likely that most of the people sitting in press row on any given fight night know shockingly little about the actual sport of boxing, its culture, or anything beyond what a semi-regular fan would know.

And speaking of fans–

There’s no hiding the fact that the boxing media is now almost entirely made up of fans– many whose ultimate goal is not a career in the business or the battle for reform, but free access to fights and a chance to get close to the fighters. Serious members of the media will tell you that many press rows now resemble the waiting area at a low rent all-you-can-eat buffet and that a good chunk of the autograph and selfie-seekers in any given arena are also wearing press passes.

I was reminded of this sad dynamic last week by fight photographer George Jimenez when he posted on Facebook Golden Boy’s updated policy regarding the media:

MEDIA RULES OF CONDUCT
Credentialed media must abide by the following rules of conduct
when covering a Golden Boy Promotions event. Violating the rules
of conduct may result in your credential being confiscated and
could impact future accreditation
for your media outlet.
• No photography during the fights unless properly
credentialed as a photographer in assigned position
• No video or filming on phones or cameras of fight action
• No cheering during the fights
• Memorabilia (gloves, posters, etc.) will not be allowed in the venue
• Do not ask fighters, promoters or celebrity guests in attendance for personal autographs or photos
• No alcohol in the media section

Just the fact that you’d need to type up these rules and post them pretty much says it all.

How the hell do you expect anything of quality to come from a group of meat heads just happy to be there, tripping all over themselves to take selfies from ringside and be the hero of their social media circle?

But the dolts with the urgent need to BELONG and the short bus writing skills are more nuisance than real threat.

The real threat is the other kind of groupie that infests the boxing media– the angry, jilted groupie with access to big sites and wide circulation.

These guys have worked their way to the top of the media food chain, mostly by playing politics and by serving as useful idiots for anyone with the power to advance their careers. They carry grudges and wield agendas like axes. They look down their noses at the lowlife media morons with the autograph books and TMT t-shirts, but never acknowledge the fact that they are every bit as unprofessional.

At the very top of the boxing media food chain is Thomas Hauser, who earned his place as a biographer, historian, and the author of several scathing tell-all articles about HBO and its boxing division that had the network reeling and eventually offering to buy Hauser’s silence.

And because it’s “just” boxing and nobody really cares about maintaining a level of integrity in a sport now recognized as perpetually and hopelessly full of shit, Hauser took HBO’s hush money, which came in the form of a “consulting” gig, and focused on attacking the greatest asset of HBO’s chief network competitor, Floyd Mayweather.

Hauser has now published several variations of the same article, all attempting to cast aspersions on Mayweather’s reputation as a “clean” fighter, free of performance enhancing drugs. None have actually provided any proof of wrongdoing, but have, instead, leaned heavily on rumor, anonymous sourcing, and reconstituted reports from other writers to create the picture of a dirty Mayweather.

In a September 9 piece posted on SB Nation, Hauser wrote about an IV Mayweather received on the day prior to his May 2 bout with Manny Pacquiao. The goal of the piece was clearly to once again paint the picture of a guilty Mayweather breaking the rules, employing a cheat, and utilizing the United States Anti-Doping Agency (USADA) as a willing accomplice in the dirty deed. Like Hauser’s other recent Mayweather hit pieces, this one was also short on verifiable and accurate info, but long on innuendo and rehashed lazy reporting from past articles.

USADA’s point by point debunking of the Hauser article– found HERE— paints a picture of a piece of work that, as USADA’s rebuttal states, is “riddled with factual errors, unfounded speculation and disturbingly inaccurate accusations.”

Examined in great detail, Hauser’s article is not worth the bandwidth devoted to it, nor would it pass an editor’s desk in any sport other than boxing, where the bar for actual journalism is now lower than ever. The 69-year-old scribe’s anti-Mayweather agenda has been clear for quite awhile and the flames were stoked last May 2 when Hauser’s Mayweather-Pacquiao press pass to the MGM Grand was withdrawn in favor of a spot in a nearby press tent used for “secondary” media. Hauser complained bitterly, pitched a fit, and ultimately used his HBO connections to get a ringside ticket. But it was to be expected that he’d come back hard at his long-standing target.

Hauser would sit on the info he had obtained about the IV and time it for release on Mayweather-Berto fight week in an attempt to poison the waters for Mayweather in what was being announced as his last fight.

Even before the USADA debunking of the facts, nothing seemed “proper” about this last Hauser piece. A paid HBO consultant attacking the biggest asset of his network’s chief industry rival with allegations unsubstantiated by any real evidence, using a convicted felon with his own agendas (Victor Conte) as source material, all timed to drop just three days before the actual bout and right when the media is just starting to descend upon Las Vegas. It all smelled of bullshit– especially considering Hauser’s own clear agenda and his aversion to writing critical investigative pieces about any other fighter.

Hauser, who has long gushed openly over anyone willing to give him the time of day, is just as much of a boxing groupie as the dope from bigfatlip.com who Instagrams photos of his free media lunch. In this particular case with Mayweather, Hauser just happens to be a groupie scorned and instead of putting a nasty meme on his Facebook timeline, he resorts to leveraging his name and reputation into advance money and “as is” publication of an article that is missing the crucial “here’s the proof” part of the piece.

So, when almost everyone in the media– from top to bottom– is riding an agenda and treating professionalism as an obstacle to be overcome, what are you to believe? The morons stroking their laminated press passes can’t tell you any real stories and the industry veterans won’t tell you any real stories. And the few smart, honest sources in between are, literally, starved out of the business– not dumb enough to just appreciate being there and not powerful enough to be heard above the loud voices at the top.

In other words, just assume that everything you read and hear is shit.