If you’ve ever visited an online casino, you couldn’t help to have noticed the huge selection of video slots now available. Covering a huge range of genres, online slots now make up the majority of games at a lot of online casinos. While traditional casino games such as roulette, blackjack and poker are still extremely popular, the large selection of slot games has helped take industry to a different level. Whether you’re a fan of sports, movies, television, music or fantasy games, you’ll almost definitely be able to find a slot based on your particular area of interest.

The likes of Microgaming have been crucial to the quality of these video slots, consistently producing impressive games covering a number of different genres. As well as all the other areas in which they produce slots, it has been sport where a lot of the gaming giants’ success has come from. Having created the Rugby Star, Football Star, Basketball Star and Cricket Star slot series, which has proved extremely popular with 32Red slots and other online casinos, one sport the company haven’t yet adapted into a slot has been boxing.

Boxing and betting have a link that goes back as long as the sport has been around. As well as the obvious betting that occurs on fights, whether it’s from 32Red, Bet Bright or any of the other sportsbooks, the gambling industry has been an important ally for boxing over the years. From the casinos throughout America that have facilitated boxing that wouldn’t have happened elsewhere, to the likes of the MGM in Las Vegas that played host to some of the biggest boxing events in recent history, most recently the Floyd Mayweather Jr, vs. Manny Pacquiao bout earlier this year.

Currently on the crest of a wave thanks to the continued dominance of Mayweather as well as exciting emerging talent such as Tyson Fury and Deontay Wilder, the sport of boxing certainly has enough fans to make the slot a success. We’ve seen countless movies over the years based on the lives and careers of some of boxing’s iconic names, whether it’s Muhammad Ali, Rubin ‘Hurricane’ Carter or Rocky, so it seems only fitting that fans of the sport now have a decent boxing-based slot game.

If Microgaming came out with a boxing game in the same mould as their other sports-based ‘Star’ slots, we can expect a very playable five reel slot with 243 different ways to win. One of the best parts of the sports slots that have come from the developers have been the amount of different bonuses, features and free spins available in these games, usually played against the backdrop of an image related to that particular sport. With a host of options available to choose from for the symbols – from gloves to a bell, mouth guards to spit buckets – visually boxing would work extremely well in a video slot game.

When it comes to playing the game, building up points and working your way up a scoreboard as you progress towards the jackpot could work in a similar way to how boxers have to climb the rankings in order to earn a world title fight. Winning a world title fight is usually the jackpot for boxers, with rewards and riches more often than not the reward for the man wearing the belt, it would make sense for a boxing slot game to make winning the jackpot feel like lifting a world title.

Who Would It Feature

If a slot game was going to use iconic boxers from throughout the ages, there are no shortage of options available in terms of who to use. From Ali to Arturo Gatti, Sugar Ray Leonard to Mike Tyson, the list goes on. In terms of the modern names, you’d be hard-pressed to create a game without using Floyd Mayweather Jr. Despite maintaining his boxing days are behind him and that he is retired, the Money Man is still widely viewed as the face of boxing. 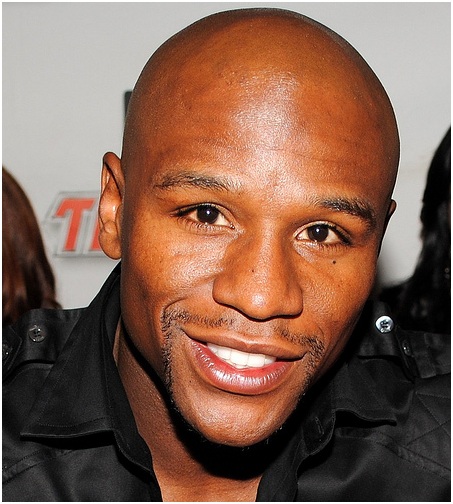 The face of heavyweight boxing recently saw a changing of the guard after long-time champion Wladimir Klitschko was beaten by colourful Englishman Tyson Fury, but the Ukrainian is still the man many think of when it comes to modern heavyweight boxing.