With another chapter in the history of the venue surely looming large on the horizon, there can be no better time to look back at some of the greatest fights ever to take place at the MGM Grand in Las Vegas.

Many purists will argue that the MGM Grand’s first real ‘superfight’, a spectacle that draws paying television audiences from every continent, was the fight simply dubbed “Finally”. On a night of high drama, 9 November 1996, Evander Holyfield took on Mike Tyson – a whole six years later than anyone could have possibly anticipated at the dawn of the 1990s.

For his part, Tyson never fully recovered from the death of trainer Cus D’Amato, the only father figure he had ever known. Tyson’s regime suffered greatly, and he was duly knocked out by 44/1 outsider James Buster Douglas in February 1990. 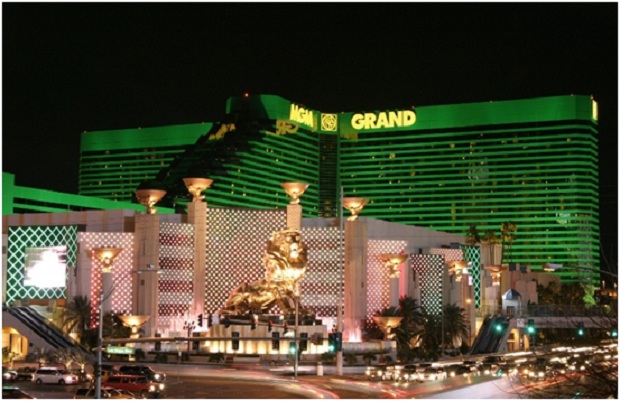 To the consternation of the entire world, it would be journeyman Douglas – not Tyson – who would instead take on young upstart and future great Evander Holyfield. In his universally-expected destruction of the champion, Holyfield barely broke a sweat and would in time become the undisputed champion. Meanwhile, Tyson’s personal life hit the lowest nadir possible two years later, as he began what would transpire to be a three-year prison sentence for rape.

The mid-1990s saw heavyweight titles change hands with an unheard of frequency, with Holyfield himself tasting defeat (to Riddick Bowe) and reducing his credibility ahead of his looming dream fight with Tyson. Both men had points to prove, and no quarter would be given when, at last, they met in November 1996 at the MGM Grand.

The fight itself came two months after a night marred by controversy and tragedy at the same arena. Tyson’s WBA title win, via a first round knockout, was met with howls of contempt by a baying crowd, united in their belief that the fight had been a mere fix. Seldon refuted all claims of diving, but the event was placed firmly in perspective when rap artist Tupac Shakur was fatally shot in Las Vegas that same night.

Unlike luminaries such as Muhammad Ali, Larry Holmes and (of course) Mike Tyson himself, Evander Holyfield had failed to retain his unbeaten streak for a particularly impressive length of time. Tyson, by contrast, had emerged from prison a warrior reborn, slaughtering all that lay in his wake and looking every inch the enfant-terrible, with fists of diamond and dynamite that racked up a winning streak and KO rate any sane person could only describe as ‘terrifying’.

A 6/1-on favorite, Tyson charged out of his corner like a raging bull and rocked Holyfield with a devastating punch. It should have set a precedent for the remainder of the fight, but the far brawnier Tyson had not counted on Holyfield’s superior boxing brain and its uncanny ability to study the opposition. In this case, it was not a hard task for Holyfield. Tyson’s punches were titled towards power and highly telegraphed, allowing Holyfield to clinch time and again, wearing out his opponent.

The end of the seventh round brought an accidental clash of heads, re-opening a cut sustained by Tyson earlier in the fight. This sent Tyson into a frenzy, and he truly lost his composure. Holyfield proved he was no ‘paper champion’ and capitalized on this development to the fullest extent, winning via stoppage over the man who, just a decade earlier, had terrorized the sport.

Their second encounter, also at MGM Grand, was however a far greater disgrace for Tyson. His infamous ‘ear bite’ resulted in disqualification, and it was a disgrace further compounded by a confession that he merely wished to ‘get back’ at Evander, rather than battle him in earnest.

A new hero and a new hope

Ten years after the infamous rematch between Holyfield and Tyson, the MGM Grand would host another ‘superfight’ for the annals of history. By this time, the heavyweight division had lost its monopoly on the planet’s greatest arenas, which reflected a worldwide audience’s craving for entertainment, over the more traditional aspects of pugilistic valor. 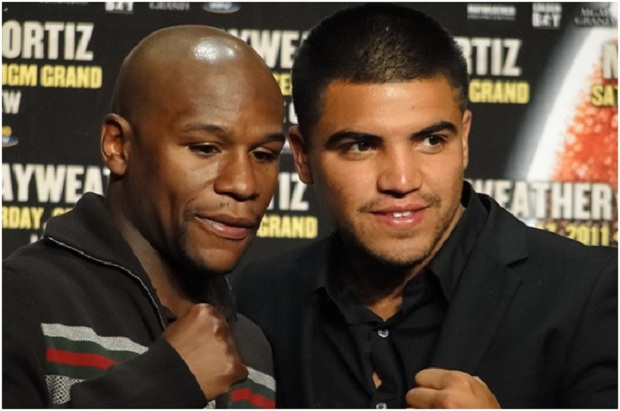 On 5 May 2007, welterweights Oscar De La Hoya and Floyd Mayweather Jr met in a clash that would prove fateful for both fighters. The latter boasted a 37-0 record before the fight, and though he was the favorite by virtue of age difference and pace, De La Hoya’s vast experience made him a dangerous and calculating opponent for even the fastest and hungriest talent.

Both warriors fought tooth and nail for glory, but time waits for no man, and it was Mayweather who emerged victorious via split decision after twelve pulsating rounds. Mayweather’s talent has always been self-evident, but the nature of his win was a real wake up, especially the hype surrounding him had rivaled even that of the great Mike Tyson at his deadly prime.

Still very much a respected figure in the welterweight division, Manny Pacquiao is a rampant 1/9 favourite to beat Jeff Horn on 2 July – Oddschecker’s bet £10, get £30 bonus for William Hill may offer more attractive proposition at such short odds. Though he is now past his best, only a great fool would underestimate Pacquiao.

Prior to the mid-2000s, the Philippines had never been readily associated with boxing prowess on a wider scale. Yet, by this time, the world of boxing was also being dominated by another name – Manny Pacquiao. Pacquiao’s background was one of extreme poverty, and – even in his stardom – he has evidently never forgotten his roots. To this day, his charitable actions stand as an unrivalled beacon of inspiration for other Filipinos consigned to their own life of poverty.

The diminutive Filipino won his own proving match against De La Hoya at MGM Grand, an event labeled the “Dream Fight”, in December 2008. The eighth round stoppage was a widely expected result and merely cut short what was really a procession of a fight. Both Mayweather and Pacquiao enjoyed stellar form over the following six and a half years, though the latter would lose twice in 2012, taking the edge off his uncompromising reputation. 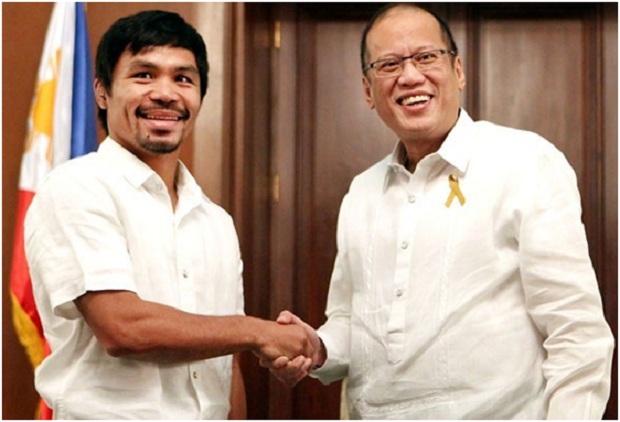 For that reason, the delay of their inevitable meeting – on 2 May 2015, honorably deemed as a “Fight of the Century” at MGM Grand – was inexplicable. Mayweather’s wish to retire with a record of 49-0 or better was well documented and provided an excellent fillip for the promotional campaign. Meanwhile, the inspirational Pacquiao deserved what would be the monumental (if unlikely) accolade of becoming the man to derail Mayweather once and for all.

In the fight itself, early momentum would be crucial, and that momentum – to the surprise of the world audience – would be Pacquiao’s. However, Mayweather absorbed his opponent’s blows effectively, gaining the favor of the judging majority early in what was always going to be a close fight. The following rounds brought a very different approach from Pacquiao, who used footwork intricately to force his opponent against the ropes and nullify his punching prowess.

After losing the first three rounds, Pacquiao gained the upper hand as a result of this change, cutting Mayweather’s lead to just two points with half of the bout elapsed. There was little to separate the fighters thereafter, but Mayweather’s defensive approach ensured that he would only lose two of the six remaining rounds and claim victory over Pacquiao.

Though the event itself failed to live up to its billing, the MGM Grand will always be one of the most respected venues in the sport, awaiting those warriors ready to forever etch their names into history.