The excitement is building; the super-fight between boxing legend Floyd Mayweather and UFC star Conor McGregor is creeping ever closer. It’s the talk of offices, cafes, sports clubs and pubs across the world and it’s set to be a sensational showdown on August 26th, with many expecting an entertaining, albeit one-sided, bout. Mayweather has been priced up as the heavy favourite for the contest but can he get the job done relatively easily?

The idea of the iconic fight had been touted for many months prior to the official announcement, with the two fighters expected to pull in record TV figures for their encounter in Las Vegas. Sports fans rejoiced when the contest was made official on June 15 and have been counting down the days until the bout gets underway on August 26. One of the biggest names in MMA meets a boxing behemoth: it’s not to be missed.

Mayweather’s record is astonishing, going 26 world title fights unbeaten, and he has quite rightly been installed as the odds-on favourite for the contest. Mayweather and his team have underplayed the task, suggesting it won’t be as straightforward as many pundits have suggested. He has been working out in Florida ahead of the fight and knows he has a battle on his hands with Connor McGregor likely to scrap and make it difficult for the 40-year-old.

Mayweather will be determined to maintain his undefeated streak when facing McGregor and will be aiming to break the current unbeaten record he shares with Rocky Marciano. Mayweather has gone 49 fights undefeated and with no future bouts pencilled in, he could retire for the second time having eclipsed his fellow American.

McGregor backers are pointing to the fact his opponent hasn’t fought competitively for almost two years but Mayweather has made sure he’s kept himself in peak physical condition. The UFC lightweight champion has seen plenty of support since the fight was announced, with punters in the UK and Ireland predicting him to cause an upset. McGregor has never boxed professionally previously and is widely expected to struggle by experts and former boxers. 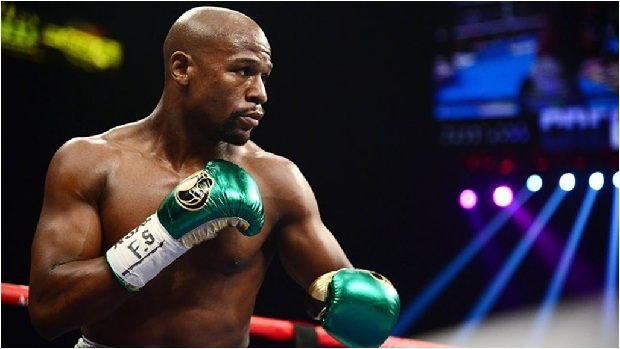 Despite the scepticism, McGregor will be a tough opponent: he is the only man in UFC to hold two belts both in different weight divisions and has been in intense training for the showdown. Whilst many punters have taken a chance on the big prices available for the Irishman’s success, the bookies are expecting a straightforward Mayweather victory in Las Vegas.

There are a number of sign-up offers and bonuses on the fight available to new customers at http://www.thebookiesoffers.co.uk/mayweather-mcgregor-betting-tips with Coral’s 8/13 on the fight not to go the distance a very popular selection for punters. There are a number of alternative bets which have been priced up by bookmakers, including McGregor to land less than 50 punches on his opponent, which can currently be backed at an odds-on price.

Mayweather is around 1/6 for success and he looks likely to justify those skinny odds. Bettors are looking for alternative ways of getting involved in the fight and taking the American to win in a specific round is one of many options available. Many are expecting a brief contest, with the American maintaining his unbeaten record in stylish fashion. McGregor is likely to emerge with plenty of credit, though, but the odds suggest he will fall short and Mayweather can retire with his unbeaten record in tact once again.