Boxing usually goes through a slow period during the summer months, but not this year. 2017 promises to be the best summer for fight fans in recent memory with tons of quality bouts on the schedule and plenty of action to be found.

Here’s a look at the five best action fights of this summer:

This bout pitting the old pro, Guerrero, against the young action hero, Figueroa, has all the makings of a classic battle. Guerrero, the 34-year-old former welterweight champ is considered by some to be battle-worn, but is still physically fit, thanks to a training regimen suitable for scaled crossfit competitions. Figueroa, meanwhile, is an all-action battler moving up one division to test the waters in the talent-heavy welterweight division. A loss for Guerrero means the end of the road as a top shelf fighter and a permanent spot as divisional gatekeeper while a loss for Figueroa means professional limbo as a fighter too big to move down in weight, but not good enough to compete with the big dogs at 147. In other words, it’s a “do or die” for both warriors.

The consummate pro, Garcia, moves up in weight, abandoning his lightweight title, to take on the brash and flashy Broner in the most anticipated junior welterweight clash of the year. Broner, who has gotten the “slacker” tag of late for a stretch of lackluster performances and some dubious matchmaking choices, has vowed to take this bout seriously and beat back the challenge of the skilled and efficient Garcia. This battle of pride vs. ego is one of those rare fights that will likely live up to (or exceed) the hype because, in short, both fighters need this one. With a win, Garcia and Broner could move on to huge money fights against the likes of Manny Pacquiao or Terence Crawford and, maybe, a run at the welterweight elite. The loser face a long road of rebuilding and re-branding ahead.

Cotto, the future first ballot Hall of Famer and three-division former world champ from Puerto Rico, keeps his veteran career going with this battle against the all-action Kamegai from Japan in a junior middleweight clash. Scheduled to take place on a rival card, at the very same time the Floyd Mayweather vs. Conor McGregor novelty boxing vs. UFC bout is set to happen, Cotto-Kamegai should prove to be the better fight of the evening and a prelude to yet another world title run for Cotto. An upset win for Kamegai not only means the likely end of the road for Cotto, but also a move up to Kamegai’s very own title run in the 154-pound division. 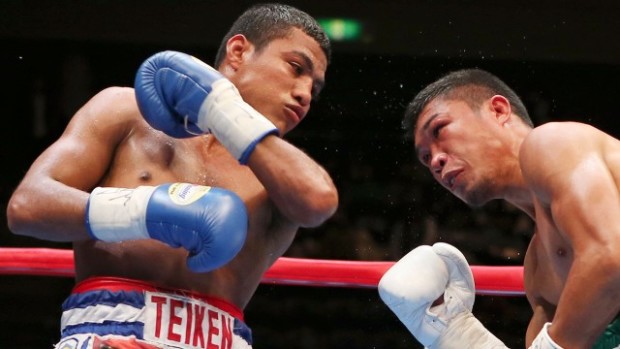 This rematch of the Fight of the Year candidate from last March will give the former pound-for-pound top dog from Nicaragua, Gonzalez, a chance to avenge his only career loss as well as win back his WBC 115-pound title. Expect fireworks from both all-action, come-forward battlers. Thailand’s Sor Rungvisai will not relinquish his title without a fight and will be battling to prove that he wasn’t given a gift decision the first time they met. This one is all about redemption for both parties involved.

The most anticipated fight of the year could very well be the best fight of the year as Mexico’s favorite son, “Canelo” Alvarez takes on Kazakh KO artist Gennady “Triple G” Golovkin in a middleweight clash for Golovkin’s three middleweight belts and the consensus lineal title. With over two years in the making and lots of back-and-forth bickering in the media about who may be running from who, the boxing world is more than eager to see the talking end and see both warriors enter the ring to settle their grudge once and for all.