Conor McGregor is an Irish professional mixed martial artist and professional boxer who gained his popularity in 2013. The fact that he is from Ireland and his eccentric behavior made him famous all over the world. Though everyone is aware of the fact that he is successful, not everyone is aware ofa lot of facts about him. We have created a very curious article on the top 15 Conor McGregor facts you were not aware of – are you already interested? Then keep on reading!

1. He was bullied in the childhood

Conan McGregor is, in fact, not tall at all – his height is only 5’8. He has always been a target for his classmates to beat him up – this is what inspired him to go in for sports. He now gives lectures at schools about how the kid should deal with bullying.

Before becoming a professional fighter, Conan used to work as a plumber. It was in his early 20’s when he was not aware of what he wanted to do yet. It is weird and amazing simultaneously to find out that the world-known star used to be a regular person.

3. It Is a Must for Him to Have Sex Before Fights

In spite of the superstition that having sex before the fight will bring the fighter nothing more than losing, Conan likes to have as much sex as possible. We did not witness it, however, this is what he himself admitted. 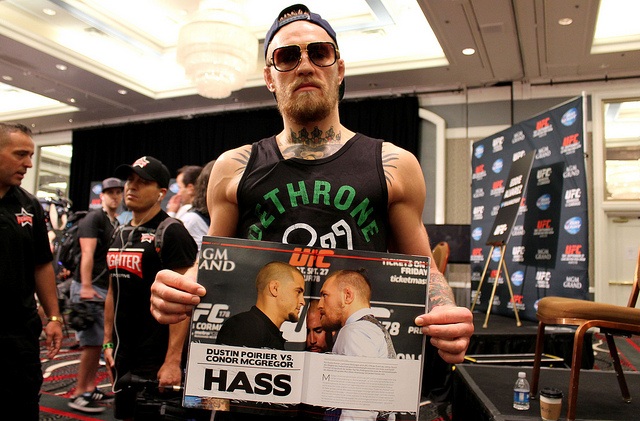 4. His Name Is the Biggest One in the UFC

Conan McGregor is undoubtedly the biggest thing that happened with the Ultimate Fighting Championship and the sport of Mixed Martial Arts in general. He made history and brought popularity to the organization.

5. He Is the First Non-American Fighter to Hold Two World Titles in Two Different Weight Classes

Before joining the Ultimate Fighting Championship, Conan McGregor won featherweight and lightweight titles in back to back fights. He was the first non-American fighter to hold these two titles in two different weight classes. This is a rare thing for anyone, and for the Irish person – even more.

For many years, Conan McGregor has been supporting the same-sex marriages in Ireland. He believes that everyone deserves equal rights and is proud to state that not only him, but his whole team believes that gay people do not differ from anyone else.

7. He Is the Highest Paid Fighter in UFC and MMA History

Conan McGregor goes from rags to riches, and this became possible thanks to one brutal knockout. Before fighting at UFC in Stockholm in 2013, he picked up a welfare check for €180. When he came back, he had $60,000 in his pocket. He has become the highest paid fighter in UFC and MMA history since.

8. His Elder Sister Used to Be a Pro Bodybuilder

Not a lot of people are aware of anything about Conan McGregor family and his elder sister in particular. Erin McGregor used to be a pro bodybuilder,but she quitted at one moment because she decided the trophy was not worth all the efforts. She now has a baby. 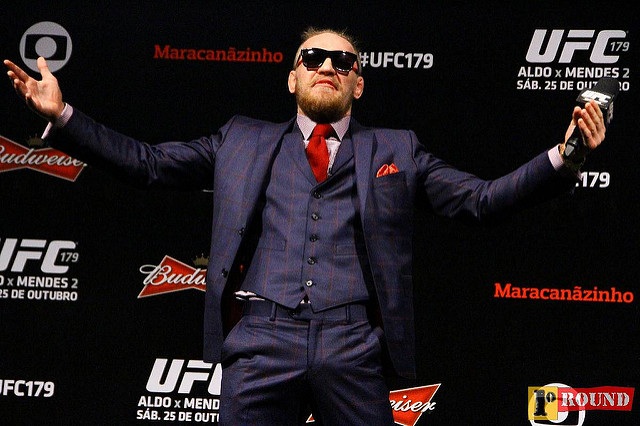 9. He Was a Manchester United Fan

Conan McGregor kid was a big Manchester United fan. However, he now does not really care about football or Manchester United in particular. All that matters to him is the world of fighting. You can also find more sport-related articles and essays at EduBirdie.

Before joining the Mixed Martial Arts, Conan used to be a boxer – he even won the youth championship. However, he made a correct choice because this what brought him a huge success.

11. He Used to Carry His Grandfather’s Hat in the Bag

Conan McGregor used to have his grandfather’s hat in the bag to remind him where he comes from and who he is. Not forgetting his roots and cherishing his past are two important aspects of his life. However, unfortunately, the hat has been recently stolen.

12. His Idol Is Muhammad Ali

Conan’s role model in childhood has always been Muhammad Ali. He even appeared in the UFC magazine in the same pose as his idol. Conan was named “the Irish Muhammad Ali” several times which is a big honor to him.

Since his career went upwards and he started appearing in magazines, people started noticing that Conan adores fashion – he always looks good in the perfectly fitted suit. He was even named the Most Stylish Man at the VIP Awards in Ireland – the big honor for him. 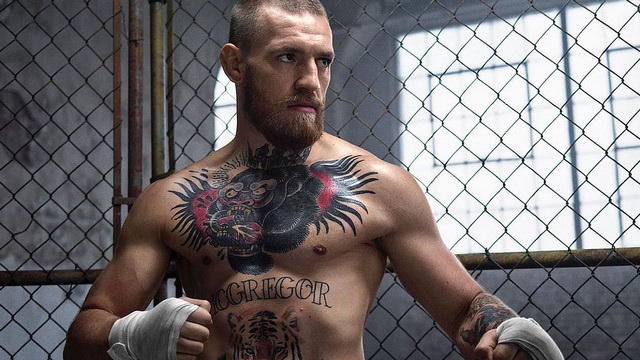 Likeany athlete, he has to be very careful about what he eats – diet is an inevitable part of his career. However, he mentioned in one of his interviews that he looks forward to the day when he does not have to control what he eats.

15. He Needs Passports for His Shoes

A lot of Conan’s shoes are made of python and alligator skin, and in some states, purchasing some animal skin products is outlawed that is why the latter need to have the passports.

Joshua Robinson is a professional writer for almost 7 years. He creates sports articles, helps students with their writing issues and works with big companies like Edubirdie. He used to be a sport blogger, but closed his site due to the lack of free time.